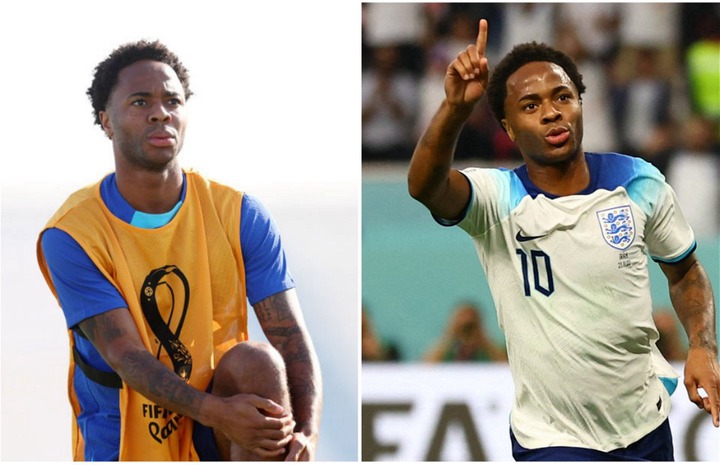 Raheem Sterling was the victim of a robbery at his home in London while playing for England at the Qatar World Cup.

The Chelsea star wasn’t in the England squad to face Senegal in the Round of 16 on Sunday evening.

The initial reason given for Sterling’s absence was a “family matter”.

However, the Daily Telegraph’s Matt Law is repotting that Sterling’s house in London was robbed while he was on international duty.

“He has decided to return to UK to check on the well being of his family but hopes to return to Qatar if the circumstances are right,” Law added on Twitter.

“Sterling fully committed to England’s World Cup bid and will return to Qatar as long as he can.”

The Standard’s Nizaar Kinsella adds: “Raheem Sterling returned home because armed intruders entered his home while his family were in. He’s concerned about his children and wants to make sure they’re OK. He’s not taken it lightly to leave England’s camp. He wants to come back to #FIFAWorldCup. Horrible situation.”

What did Gareth Southgate say about Sterling?

Asked whether Sterling will feature again at the World Cup following England’s 3-0 win over Senegal, Gareth Southgate told ITV: “We’ve got to wait and see. His priority is to be with his family and we’re going to support that and give him as much time as he needs.

Asked about the likelihood of Sterling returning, Southgate added: “I really don’t know because it’s a situation that he needs time with his family to deal with. I don’t want to put him under pressure with that. Sometimes football isn’t the most important thing and family should come first.”

What did Harry Kane say about Sterling?

England captain Harry Kane added: “Our thoughts are with him and his family. It’s a private matter but it’s never easy to see one of your teammates and friends deal with something like that. We’ll have to take it day by day. I’m sure Raheem will speak to the manager and take the best decision for him and his family. That’s the most important thing. We send him our best wishes and hope to see him as soon as possible.”

What did Jordan Henderson say about Sterling?

Jordan Henderson, who scored the first goal in England’s 3-0 victory, added: “I hope everything’s okay with Raheem’s family, all our thoughts and support are with him.”

'I hope everything's okay with Raheem's family, all our thoughts and support are with him.' 💬