Aaron Rodgers tells Pat McAfee about his plans for 2023 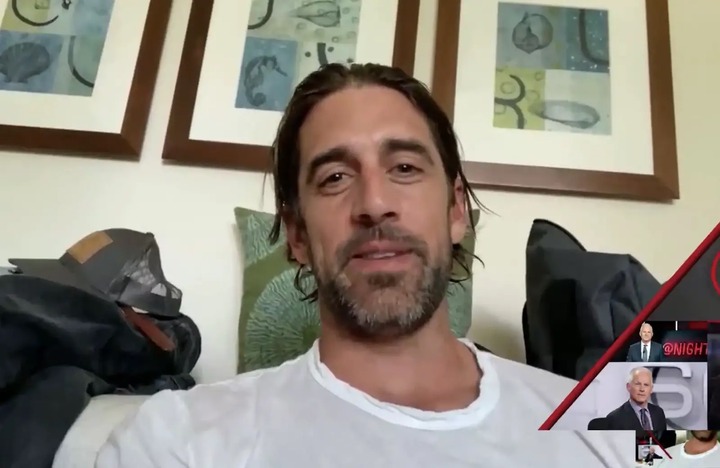 Have we seen the last of Green Bay Packers QB Aaron Rodgers in the National Football League? If we have, it would be pretty cool that his final game was a loss a Lambeau Field to the Detroit Lions. That being said, it does not sound like Rodgers has made any decision one way or another about if he will play again in 2023, or who he will play for if he does play. On Tuesday, Rogers joined the Pat McAfee Show and he talked about his plans for 2023.

If you are from around these parts (the Metro Detroit area), you are well aware of the thorn in the Detroit Lions' side that Rodgers has been for a very long time. But, if you paid attention to this past season, it sure looks like Rodgers' days of winning NFC North crowns with the Packers are over.

Rodgers joined the crew on the Pat McAfee Show and he said he is open to the possibility that he could play elsewhere in 2023.

“Any time there’s a situation where change is possible, what’s the old adage?” Rodgers said Tuesday on “The Pat McAfee Show” on SiriusXM and YouTube. “People want to say, ‘Oh, the grass isn’t always greener on the other side.’ I always say the grass is green where you water it. I think that’s the most important thing to remember.

“Change is a part of this business. It’s a part of life. I think being open to it and embracing whatever that change looks like is an important part of coming to peace with whatever decision lies ahead of you.”

“To be open to the possibility if I want to keep playing, that it might be somewhere else, I understand that,” Rodgers said. “I understand they might want to move on and go younger at a number of different positions. That’s a part of it. When I think about that thought, it’s important to understand that, to have some peace with that, because there is a lot that’s out of your control. It’s not with any malice. It’s not with any animosity. It’s with complete gratitude for an incredible organization that’s done a ton for me.”

Rodgers also hinted at the possibility that he could be done with the NFL altogether.

“I love the team,” Rodgers said. “Love the organization. I love the city. I love the region. I’m a minority owner in the (NBA’s Milwaukee) Bucks. I’m going to be a part of the region long after I’m done playing. I have a lot of love for what’s gone on in Green Bay, and I’d love to finish there. I would. I might have finished there. Who knows?”

Let's be honest about something. Nobody other than Rodgers truly knows what he will decide to do in 2023, and we probably won't know until he is good and ready to make it known.