Kenya and Namibia in the final of the Africa qualifiers 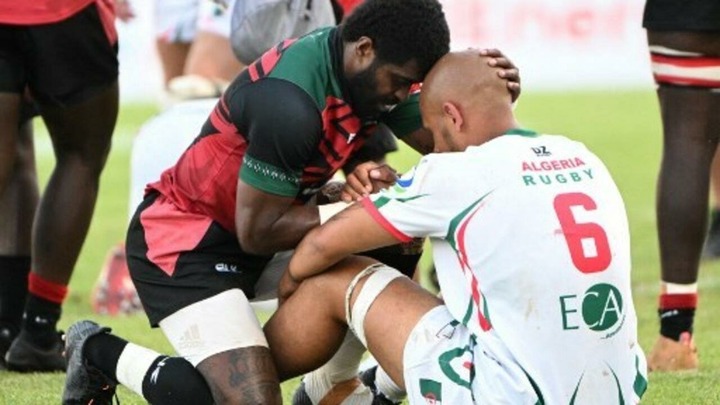 By winning respectively against Algeria and Zimbabwe in the semi-finals of the Rugby Africa Cup, Kenya and Namibia find themselves in the final to compete for the qualifying ticket to the 2023 World Cup.

Namibia, big favorite of the tournament, and Kenya qualified on Wednesday for the final of the African Zone qualifications for the 2023 Rugby World Cup, the winner of which will enter Pool A at the World Cup in France.

During the first semi-final disputed in Marseille, Kenya won with difficulty 36-33 against Algeria, a young team, which only entered the world rankings last year. ” It’s a disappointment, we fail on three points… We’re all disappointed because we’ve worked long and hard. Everyone is really disappointed “, lamented the Senegalese Ousmane Mané, coach of Algeria.

In the other semi-final, Namibia had no trouble winning against Zimbabwe (34-19). Sunday July 10 in Aix-en-Provence, the Namibians will start as favourites, on the strength of their participation in the last six editions of the World Cup.

The winner of the tournament will be placed in Pool A of the 2023 World Cup (September 8 – October 21) along with New Zealand, three-time world champion, France, host country, Italy and Uruguay.

Big turnout of Algerian supporters who all waited to applaud them off pic.twitter.com/nM4LQhZXkK