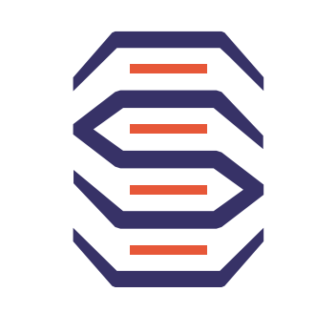 Cleveland Browns quarterback Deshaun Watson played in Week 1 of the preseason as he awaits a decision from appeals officer Peter Harvey on a a potential suspension. It turns out, there might be an important reason for the delayed decision.

When the NFL and NFL Players Association awaited the first ruling from former federal judge Sue L. Robinson, it took weeks because Robinson wanted the two sides to reach a settlement.

Instead, the league and players union could never come to terms on a resolution. As a result, Robinson issued a six-game suspension and the NFL immediately appealed it.

NFL commissioner Roger Goodell appointed Harvey, a former federal prosecutor with extensive history of cases involving sexual assault. While the league is pushing for a year-long suspension and a substantial fine, it seems a settlement could be in the cards.

According to Mike Florio of Pro Football Talk, the possibility of a settlement between the NFL and Watson remains viable. It’s viewed as a ‘toss-up’ whether or not the two sides will reach an agreement, but there is at least some belief it could happen before an official ruling.

It shouldn’t come as much of a surprise that both sides are more open to resolving this outside the legal system. Watson realizes that any potential league-imposed discipline would likely be for the entire 2022 season and come with a significant fine.

From the NFL’s perspective, it wants to avoid a federal suit that would drag out this process even further. Additionally, the NFLPA could then use a federal appeal to challenge the league’s history of not disciplining team owners for acts that violated the sport’s integrity.

The NFL is unhappy with two specific outcomes from Robinson’s ruling. First, that she only instituted a six-game ban because of league precedent. In the league’s eyes, it missed the mark because previous suspensions for players were tied to allegations from a single accuser. In Watson’s case, Robinson found credibility in all four accusations of sexual misconduct that the NFL presented against Watson and the Pro Bowl quarterback faced more than two dozen individual allegations of inappropriate behavior or sexual assault.

Furthermore, the NFL also wasn’t happy that Watson didn’t implement a financial penalty. Cleveland structured Watson’s contract so he would receive the minimum NFL salary for veterans this season, reducing lost wages to a suspension because the league can only withhold a player’s salary.

With this in mind, the NFL would likely require Watson to serve at least a 10-game suspension and it could push him to sit out the first 12 games of the season. It would also come with a substantial fine, potentially approaching $10 million. Keep in mind that the Washington Commanders were fined $10 million after a league investigation found the organization tolerated a toxic culture of sexual harassment.

Originally, Watson argued that he should not have to miss anytime this season. However, the Browns’ franchise quarterback has since expressed a willingness to accept a longer suspension. If it gets him on the field in 2022, it wouldn’t be a surprise to see him accept a 10-game ban this year.