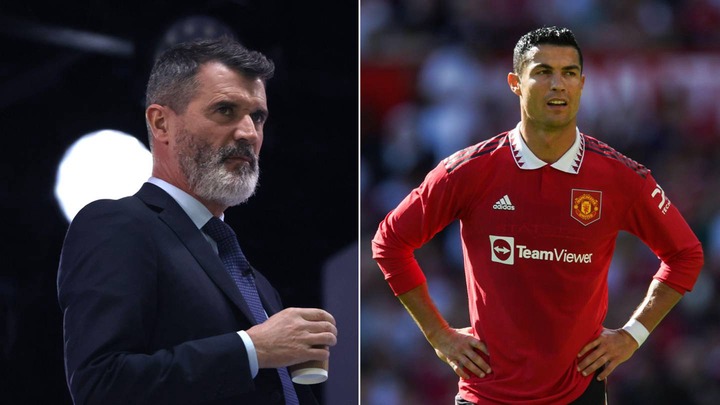 Manchester United legend Roy Keane has stated that Jorge Mendes made a mistake by not including a Champions League qualification clause in Cristiano Ronaldo’s contract at Old Trafford.

Keane believes that the situation between United and Ronaldo could turn ugly as the season progresses.

The Red Devils will take on Brighton and Hove Albion in their opening Premier League clash on Sunday and all the news in the build-up to this game has surrounded Ronaldo.

United's no.7 made it clear last month that he would like to leave the club if a ‘reasonable’ offer came along, however multiple European heavyweights have moved themselves away from rumours of linking them with the player.

Ronaldo did feature for United in their friendly against Rayo Vallecano and Ten Hag mentioned that he has to be fully fit before he returns to the first team.

The Portuguese hitman did raise a few eyebrows with his actions post the game as he left the stadium after being subbed off.

Keane, however, thinks that things could turn worse between his former club and the Portuguese legend.

Speaking at a Sky Sports event, the Reds' former captain explained his take on the situation.

"You have to try and keep Ronaldo because he's a brilliant player, but we don't know Ronaldo's behaviour when he's back in the building. I don't think it's as big of a deal as everyone's making out.

"When you're a manager, trouble comes your way, he [Ten Hag] has to deal with it. I think it can work out well for United.

“My worry is if he stays and United don't start great, and he's resentful to the manager, then it could get ugly.

"A lot of the issue is Ronaldo not playing in the Champions League for his ego, 'brand' or whatever.”

Explaining his rationale behind his comments, Keane said, “Why did his agent not have if Manchester United didn't get in the Champions League there's an option for both parties to have a look at it?

“If you've got this 'super-agent' who has got unbelievable contacts and is brilliant in terms of negotiations, why doesn't he have that in Ronaldo's contract?”

Meanwhile, Sky Sports pundits Gary Neville and Jamie Carragher have spelled out their thoughts on the Ronaldo saga.

Neville called the whole scenario “distracting”, whereas Carragher said United would be “better off without him.”

Manchester United will hope to begin their 2022/23 Premier League campaign with a win as they prepare to take on Brighton and Hove Albion in their opening clash on Sunday.