Dutch pundits convinced Ajax could yet lose Antony to Man Utd: Switch off your phone! 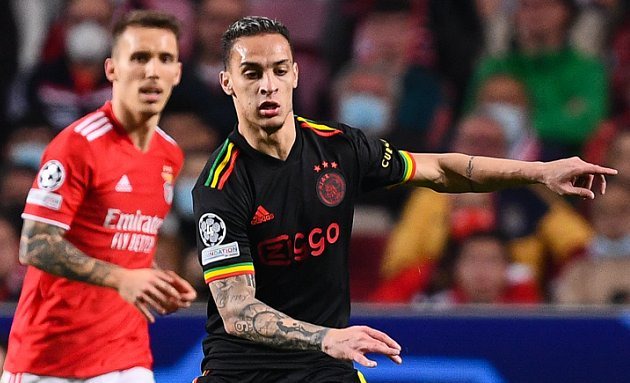 Ajax are currently pricing the striker out of a move to United.

But there remains the belief in Holland that Antony could yet sign for United. Dutch coach Henk ten Cate: "I hope Alfred that he stays.

"I myself experienced how annoying the transfer deadline on September 1 is. As a trainer of Ajax you start from a certain team, a system and you have selected people for that. It is always your strongholds who are in the interest of foreign clubs.

"If they leave at the last minute, you can actually start again after four or five games in the season. Without Noussair Mazraoui, Lisandro Martínez, Sébastien Haller , Nicolás Tagliafico and Ryan Gravenberch he already started with a hollowed out team.

"I wonder whether he is already suitable for the European elite.

"And I'm talking purely about returns. Ultimately, Ajax - next winter or next summer - must be open to a transfer from Antony for the right price. Because no Brazilian comes to Europe to start and end at Ajax. This is seen as the ideal intermediate step, you have to keep it that way and make use of it."

Meanwhile, former Ajax midfielder Sjaak Swart also told De Telegraaf: "Because Alfred Schreuder would like to keep him. Marc Overmars once threw his telephone in a drawer and Gerry Hamstra and Klaas-Jan Huntelaar should perhaps do the same. Or at least stop answering English telephone numbers. I would let him leave for eighty million or more. What money…"