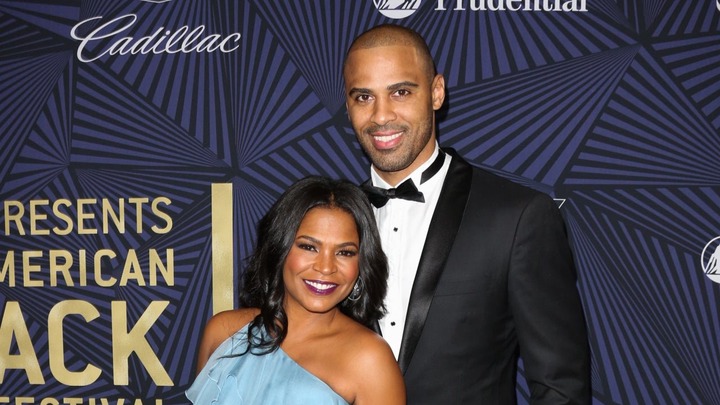 Nia Long took to Instagram Wednesday night to post a cryptic video amid multiple reports that her longtime partner and Boston Celtics head coach, Ime Udoka, has been suspended from the NBA for the entire 2022-2023 season for allegedly having a relationship with a female member of the team's staff. Udoka's relationship with the unnamed staff member is reportedly against the franchise's code of conduct.

In the video, a repost from a healing and wellness page, Long makes reference to embracing positivity, spirituality and finding light after darkness.

While Udoka has now been suspended, the league sources tell the NBA on TNT that he will not be resigning from his position while he awaits sanction from the league, with a decision on the matter expected to come sometime on Thursday.

Udoka took over as the team's head coach ahead of the 2021-22 NBA season and coached the Celtics to their first NBA Finals appearance since 2010, where they lost 4-2 to the Golden State Warriors.

The Celtics start their season on Oct.18 against the Philadelphia 76ers at the TD Garden in Boston, with their first pre-season game kicking off Sept. 30.

Udoka and the Celtics have yet to address allegations.

Meanwhile, ET has reached out to Long regarding the status of her relationship with Udoka.

Long and Udoka share a 10-year-old son, Kez, as well as Long's son, Massai, from a previous relationship. Long's last post featuring the basketball coach came ahead of the NBA finals in May, with Long praising Udoka for making it to the NBA finals in his first year as the Celtics' head coach.

The couple has been engaged for almost a decade and the Friday actress told Essence in 2020 that they are comfortable not holding a wedding ceremony.

"But also, what does marriage really [mean]… that you own me now and I own you?" she added. "I don't get that part."