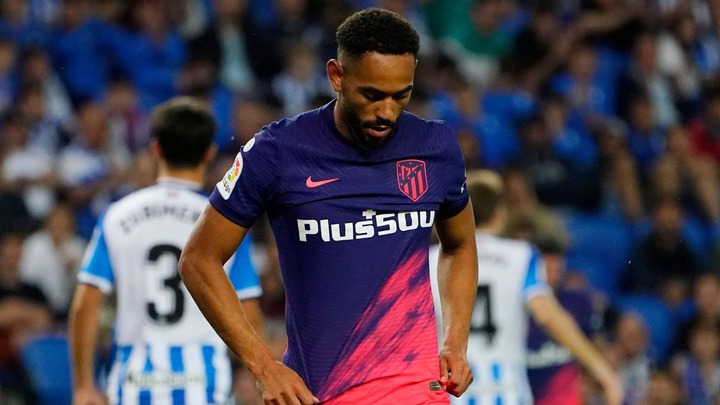 Man Utd could attempt to bring Alvaro Morata to Old Trafford this summer with a report ruling out four other signings.

The Red Devils are desperate for new players following their horrific start to the new Premier League campaign that has seen them lose both their opening fixtures.

Man Utd lost 2-1 to Brighton on the opening weekend of the season but worse was to follow on Saturday as Brentford demolished Erik ten Hag’s side 4-0 in west London.

A forward remains a priority as well as a couple of midfielders with Ten Hag still short of the tools he needs to turn around United’s fortunes this season.

Their desperation hit a new low last week when they were forced to stop negotiations with Bologna for Marko Arnautovic after a fan backlash over the potential signing.

One of their latest links to a forward was for Atletico Madrid’s Matheus Cunha with Man Utd reportedly considering a £45m offer for the Brazil international.

However, the Daily Mail now claim that Man Utd ‘could miss out on the signing of Matheus Cunha and Sasa Kalajdzic this summer despite stepping up their interest in the pair earlier this week’.

Man Utd boss Ten Hag ‘registered an interest in the signing the pair and began negotiations with their agents over a potential deal’ but the Daily Mail insist ‘the club’s have hinted a deal may not happen this summer’.

There have been a number of positive and negative reports in the past few months over United’s long-standing interest in Barcelona midfielder Frenkie de Jong and the report indicates that is ‘unlikely to take place’.

Despite hanging around for almost three months for De Jong, the Daily Mail say that it ‘now appears that United’s offer for the midfielder has expired’.

Contrary to some reports, Man Utd ‘have not been tempted to sign Antoine Griezmann and a swap deal for Cristiano Ronaldo has not been discussed at this stage’.

But they do bring promising – if you see it as promising – reports on a potential deal for Atletico Madrid’s Morata with the Red Devils in with ‘a shot of landing’ the Spaniard.

Despite both Morata and Atletico Madrid coach Diego Simeone talking down a potential move away from the club, the Daily Mail add that the La Liga outfit ‘still need to sell players to balance out their books’.