The 7-4 Ravens are sitting on top of the AFC North and still hold their playoff destiny in their hands, despite a few disappointing performances this season.

Last Sunday, however, the team squandered away another fourth-quarter lead and lost 28-27 to the Jacksonville Jags. Lamar Jackson had completed 16 of 32 passes for 254 yards, one TD and no interceptions.

After the game, a fan on Twitter expressed his belief that the Baltimore Ravens should let Lamar Jackson walk into free agency when he said, “When someone is asking for over 250 mil guaranteed like Lamar Jackson, games like this should not come to Justin Tucker. Let Lamar walk and spend that money on a well rounded team.”

Jackson saw that tweet and lashed out with, “Boy STFU y’all be cappin too much on this app mf never smelt a football field never did shit but eat dick.” 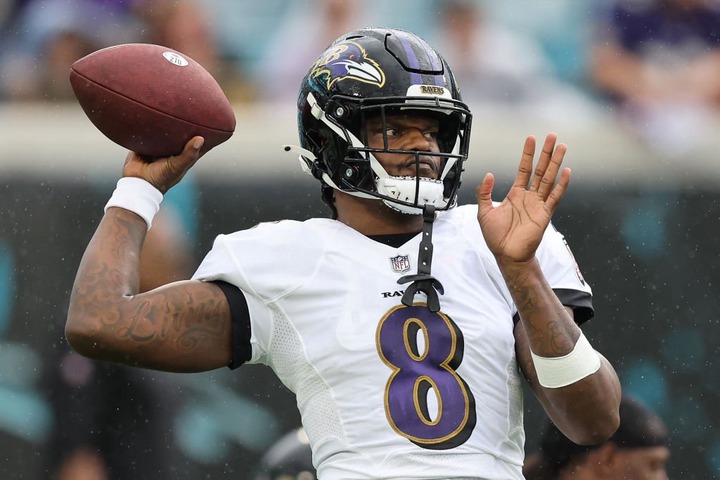 Get all of the latest info, photos, and social media news surrounding Lamar Jackson.

The former NFL MVP answered questions about that moment and he stated he was simply ‘mad.’

“I was mad. I was mad after the game,” Jackson said. “When I got on social media that was the first thing I saw, and I just busted my behind — my whole team did, the coaches did. That’s what I saw and I just reacted to it. My bad.”

“No, not really. Like I said, I was just reacting at the time. I was mad. I wasn’t thinking about actions. I was bitter,” Jackson said. “You should be bitter after a loss. The fans should be mad we lost too, but not mad at us. We tried. But it happened, and I apologize if I hurt feelings out there.”

The Ravens star then proceeded to delete his tweet, but it got made into a bigger issue when reporters labeled what he said as homophobic. Jackson was quick to respond and tweeted at an ESPN reporter.

Lamar Jackson, who set a contract negotiation deadline of September 9th this season, never reached an agreement with the Ravens and could potentially enter free agency during the offseason.

Jackson, who represents himself in contract talks and declined a six-year, $290 million offer from the Baltimore Ravens.