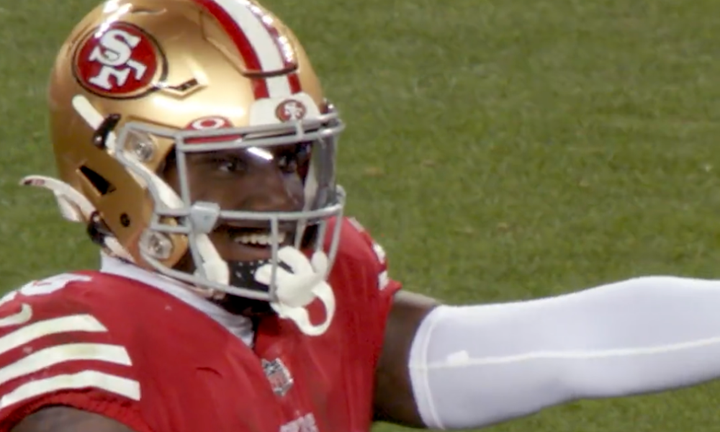 As an All-Pro level multifaceted playmaker, the San Francisco 49ers’ Deebo Samuel should be harder to impress than most. For a guy that routinely turns nothing-plays into electric touchdowns, Samuel’s personal standard for on-field excellence could be among the NFL’s highest.

But what fellow star-level teammate George Kittle pulled off Sunday against the embarrassing Dallas Cowboys in the divisional round seemed to even catch Samuel off guard.

With San Francisco locked in a tight one in the late stages of this heavyweight battle, a mic’d up Samuel was captured trying to hype up Kittle to make a clutch play. Little did he know that Kittle would make a ridiculous bobbled catch that would eventually lead to a Christian McCaffrey game-winning score in a matchup the 49ers would win 19-12.

After the play was over, Samuel seemed to be so startled by Kittle’s stunning heroics he was hilariously left speechless in reaction:

Everyone needs a hype man like @19problemz 🤞 (via: @nflfilms) pic.twitter.com/stpTCffwQ0

You know you’ve pulled off something absolutely marvelous like Kittle did if another wizard like Samuel has no appropriate words for the on-field magic.

If the 49ers are to beat the Philadelphia Eagles in Sunday’s NFC title game, they’ll probably need to see more from Kittle in clutch spots. Bettors expect as much from the tight end, with a solid over and under of 45.5 receiving yards at the time of this writing.

Given his established propensity for coming through, Kittle might leave Samuel speechless once again on Championship Sunday.

Deebo stays in his synonym carryall and I respect it. https://t.co/0YddWg5ydO

"Put us in your backpack then"

I hereby volunteer as tribute to continue making any Kittle edits going forward! this was a fun one :) https://t.co/RkVkOxzLzu

Just incredible with the turnaround on this production https://t.co/5jYUxeBynm

I love this team so much. https://t.co/XWxP90CBiq

Kittle is amazing, I’m so glad he’s healthy and in the playoffs https://t.co/dekD91PzvW

I think Kittle is my favorite Niner? https://t.co/0AnwCqhWfX

NFL Playoff Power Rankings: Will the 49ers or Eagles rule the NFL's elite 8? 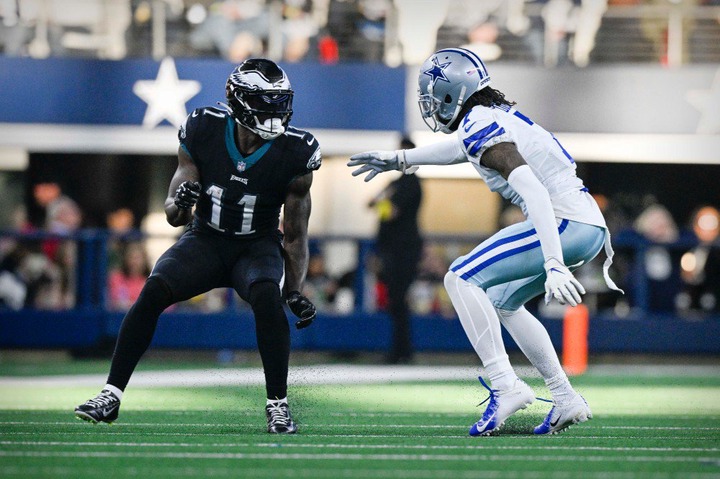