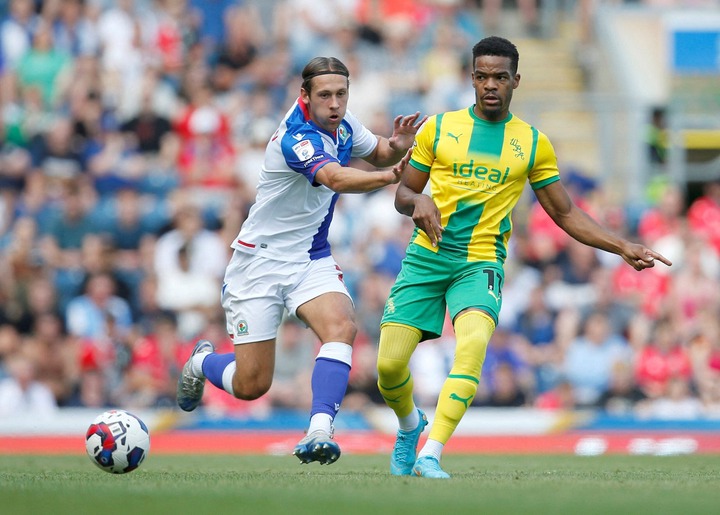 Having completed his permanent transfer to Ewood Park from Barnsley as a replacement for Ryan Nyambe last month, right-back Brittain has started all three league games for Rovers so far this season.

Meanwhile, with Blackburn yet to replace Darragh Lenihan and Jan Paul van Hecke following their departures earlier this summer, and with Scott Wharton, Hayden Carter and Sam Barnes all out through injury, 17-year-old Phillips made his first Championship start in Sunday’s 2-1 win over West Brom.

Can you get 24/24 on this Blackburn Rovers quiz?

However, both Brittain and Phillips were unable to complete that victory over the Baggies for fitness reasons, meaning Rovers ended the game with a back-four that included two left-backs – Harry Pickering and Tayo Edun – and a central midfielder in John Buckley.

Now though, it appears that Rovers will start that Wednesday’s match against Reading, with a defence less makeshift than the one that ended the clash with West Brom, with Pickering and Phillips both set to return.

Providing an update on his side’s fitness situation ahead of that game, Tomasson told Lancs Live: “Scott (Wharton) is not ready, as you know, Hayden (Carter) is slowly and slowly getting there.

“He is doing some bits and Sam (Barnes) is having a discussion with the doctor regarding the operation.

“Ash and Callum are fine, they are fit. Joe (Rankin-Costello) is alright, he is fit, he trained today, didn’t do much but he did train.”

It will be a big relief for Blackburn to have Brittain and Phillips available for Saturday.

Without the pair, Tomasson would likely have to start with the same sort of makeshift defence that ended the game with West Brom on Sunday.

That would likely leave Rovers facing an even harder task when it comes to keeping Reading at bay, which would make it increasingly difficult for them to maintain their 100% start to the campaign.

Even so, that scare is yet another reminder to the club, of how important it is for them to bring in more options in defence, before the window closes in just over two week’s time.