'The Contract Has Been Signed!': Tommy Fury Hits Back At Jake Paul And Confirms Their Fight Is ON 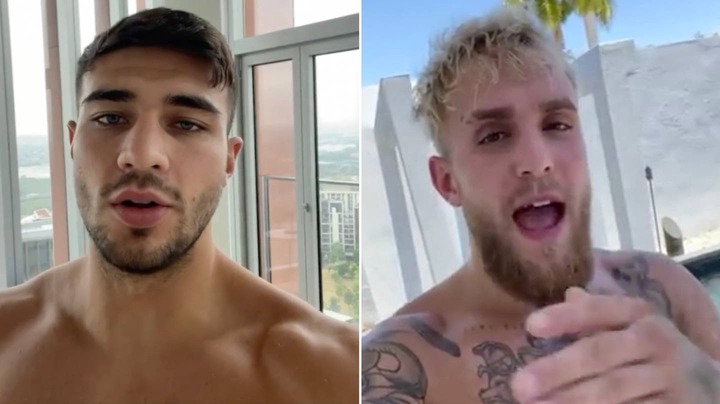 Their fight will co-headline a pay-per-view event alongside Amanda Serrano, who will face Brenda Carabajal.

Paul and Fury were originally due to fight in December but the Brit was forced to withdraw from their bout with a bacterial chest infection and broken rib.

YouTuber-turned-boxer Paul claimed on Wednesday that Fury had attempted to pull out of their fight for a second time and issued him a 24-hour deadline to sign the contract.

Fury has now hit back at Paul in a video on Instagram, in which he confirmed the fight contracts have now been signed by both parties.

"Just to let you all know the fight on August 6 is going ahead," Fury said.

"The contract has been signed.

"We've agreed upon a contract that I'm happy with so the fight is going ahead.

It comes after Paul accused Fury of stalling on signing the contract. Watch the video below:

Paul also tweeted: "Tommy Fury, you pulled out last year. Then you agree to fight me now but your dad is trying to pull you out again?

"We’ve given you everything you asked for. $2 million purse. VADA testing. Tampons.

"You have 24 hours to clear this up or I will never give you this opportunity again."

Paul extended his professional record to 5-0 with a spectacular knockout win over former UFC champion Tyron Woodley in their rematch in December.

Fury, meanwhile, holds an 8-0 pro record having last beat Daniel Bocianski in April on the undercard of his brother Tyson's heavyweight title fight against Dillian Whyte at Wembley.