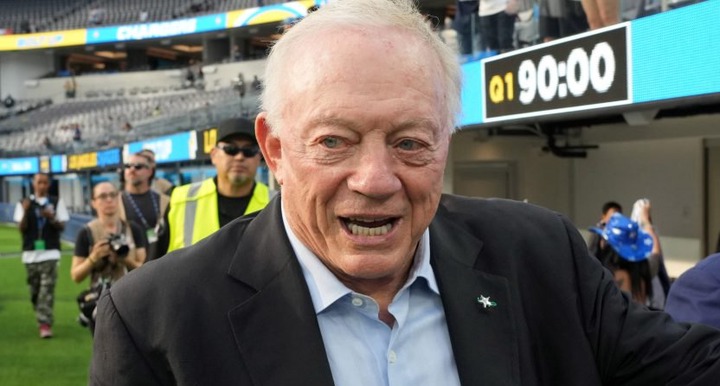 After posting back-to-back games with over 100 receiving yards and a touchdown, NFL veteran receiver Amari Cooper is making the Dallas Cowboys look pretty bad for trading him to the Cleveland Browns in return for just a fifth-round pick as fans blasted the decision on Thursday night. But apparently, Cowboys owner and general manager Jerry Jones has his reasons.

In a radio show appearance with 105.3 The Fan on Friday afternoon, Jones revealed that the reason the Cowboys traded Cooper was to clear cap space to improve the team in other areas, saying “you can’t have it all.”

Jerry Jones on @1053thefan: “The issue with Amari Cooper was how much we were paying him, and what we could do with that money. Completely. Amari Cooper is a real good player. Top player.”

Jerry Jones then mentioned wanting a better o-line/pass rush, “You can’t have it all.”

“The issue with Amari Cooper was how much we were paying him, and what we could do with that money,” Jones said on 105.3 according to Jon Machota. “Completely. Amari Cooper is a real good player. Top player.”

Jones mentioned wanting to use that cap space to bolster the team’s offensive line and pass rush – though both of those units have struggled again this season.

By trading Cooper, the Cowboys were able to clear quite a bit of cap space as the team currently has over $12 million in free cap space. But that still doesn’t mean a fifth-round pick was a good return for a player of Cooper’s caliber, especially given how much Dallas has struggled in the passing game this season.