Crystal Palace: £36m star 'would love to play under Vieira' at Selhurst Park 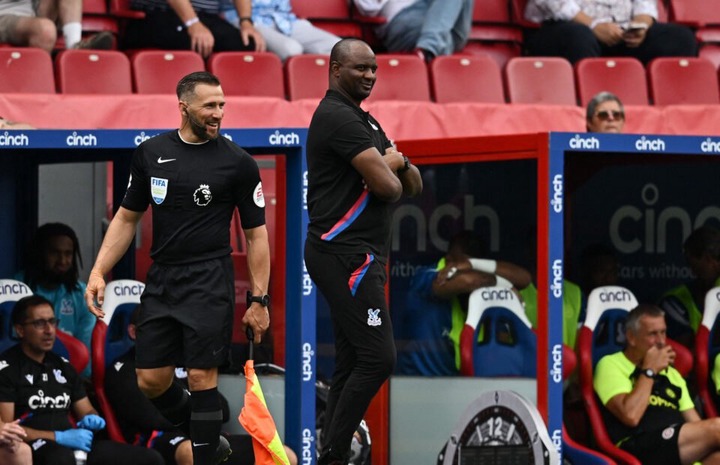 Both Palace and West Ham are being linked with the 27-year-old, but O’Rourke thinks Vieira’s reputation in the game could give the former an advantage.

What is the latest news involving Lozano?

According to Area Napoli, Palace and their Premier League rivals West Ham have explored signing Lozano this transfer window.

The same outlet states that the Mexican has a desire to play in English football’s top flight, and it looks like he could be given that opportunity.

Lozano joined Napoli from PSV Eindhoven in a £36m deal three years ago and has since gone on to make 114 appearances for the club.

It now appears, though, that the Mexico international wants a new challenge.

What has O’Rourke said about Lozano and Palace?

O’Rourke thinks the Vieira factor could give Palace the upper hand in any potential transfer battle for Lozano.

Speaking about their reported interest in the player, the journalist told GIVEMESPORT: “It would definitely be an advantage to Crystal Palace in trying to sign any player, and I’m sure a lot of players across Europe, in the world, would love the opportunity to work under Patrick Vieira and learn under him as well.

“And that’d be no different for Lozano or anybody else, and that’s also an added bonus for Crystal Palace having that up their sleeve – Patrick Vieira’s reputation helping them maybe attract some transfer targets.”

Would Lozano be a good signing for Palace?

Palace supporters would probably be delighted with the acquisition of Lozano. The Napoli star is a dangerous winger who can score goals.

In 342 club appearances, Lozano has found the back of the net 109 times, with 26 of those strikes coming during his time at the Diego Armando Maradona Stadium.

Do you know this obscure Crystal Palace footballer from the 1990s?

As per FBref, Lozano has ranked in the 86th percentile for total shots, the 86th for progressive carries and the 88th for touches in the penalty area among attacking midfielders and wingers over the last year. Alongside Wilfried Zaha, the former PSV man could help give Palace a really scary forward line.

Of course, the Eagles already have some good attacking options away from Zaha, such as Michael Olise. However, if there is a chance to improve the squad and snap up a player of Lozano’s quality, it is one a club like Palace surely have to take.