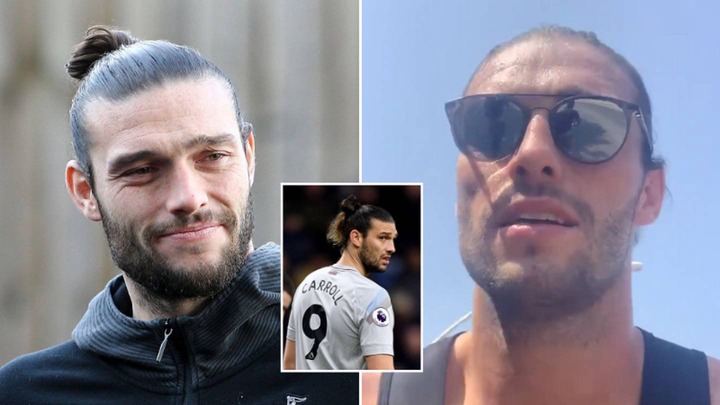 In one of the more surprising rumours of the transfer window thus far, it is being reported that Andy Carroll has held talks with Belgian side Club Brugge over a summer move.

The 33-year-old forward, who is currently a free agent after being released by West Brom at the end of last season, is said to be discussing a short term deal with the Pro League champions after travelling to Belgium.

That's according to The Daily Mail, who report that Carroll will undergo medical tests ahead of signing his contract.

Carroll, who featured in the Europa League with West Ham during his spell at the Hammers, could make his Champions League debut if the deal goes ahead.

Here's how social media reacted to the news.

Andy Carroll is about to get more UCL minutes than Cristiano Ronaldo next season. What has football become😭

If they don’t launch a podcast together called “In Bruges” where they discuss all things Jupiler League over several 9% lagers then they’ve failed as human beings.

The news came just three months after signing a short-term contract with the Baggies.

Back in April, the experienced forward admitted he wanted to continue playing under Steve Bruce at the Hawthorns. "I have just got to wait to see what happens," he said. "I would be delighted if I could stay, but I've just got to wait and see."

Carroll continued: "I like working hard. I do what I can do and if I can’t make the 90 minutes and I’ve given everything after 70 or 80 or whatever, that’s me, that’s my job done. I have had a lot of troubles over the years but touch wood, hopefully it’s all past.

"I’ve felt really good, I think I’ve missed one training session and one game this season."

Thoughts on Carroll potentially joining the Belgian champions this summer?