Shocking Aaron Judge offseason trade to the Angels ‘was done,’ as per MLBN analyst

"Aaron Judge was going to the Angels in spring training." 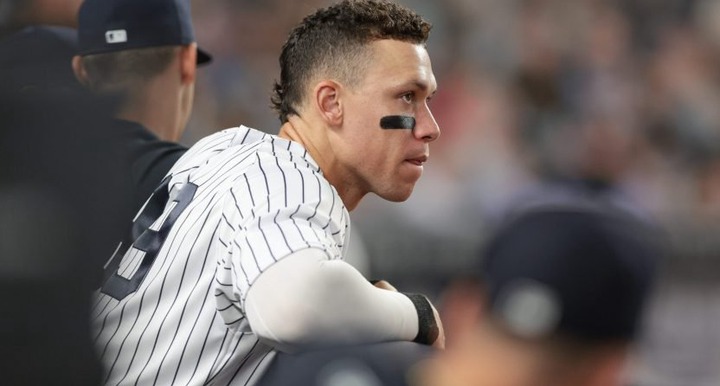 Aaron Judge is in the midst of a historic season for the New York Yankees. But according to one MLB analyst, this remarkable offensive year almost occurred for the Los Angeles Angels.

As MLB Network cut into one of Judge’s at bats this week to watch his continued pursuit of the American League home run record, former player and veteran analyst Harold Reynolds nonchalantly stated the Yankees outfielder was nearly dealt to the Angels a few months ago.

“Aaron Judge was going to the Angels in spring training,” Reynolds said. “That deal was basically done.”

“What?” Amsinger emphatically asked. “Are you breaking a gigantic story right now?”

Yes, it definitely is new news. Leading up to the start of the 2022 MLB regular season, there were plenty of reports about Judge and the Yankees attempting to reach an agreement on a long-term contract extension. But it was never reported that Judge was on the trading block, and it definitely was not reported that a deal to the Angels was “done.”

Amsinger pressed Reynolds further on the rumor, asking what other players would have been featured in the trade.

“I don’t know who,” Reynolds claimed. “I just know the deal was done.”

I don’t know how much validity there is to the “deal was done” claim, that’s a big bomb for Reynolds to drop and just walk away from. But had Judge been dealt to the Angels, it would have made the American League MVP debate a whole lot easier.

In recent weeks, fans and analysts have passionately argued Judge’s MVP credentials compared to the dual threat of Shohei Ohtani. But if Judge was playing for Los Angeles, the Angels would still be bad, because they seem to lose no matter how much star power they have. And if Judge was on a losing team, Ohtani would be a lock to win the MVP award again for his incredible ability to pitch and hit at an All-Star level.