‘The Rock, Your Mother is Awesome But I Am Going to Beat You Up’: Dwayne Johnson Gets a Polite Warning from 37-Year-Old Top WWE Star 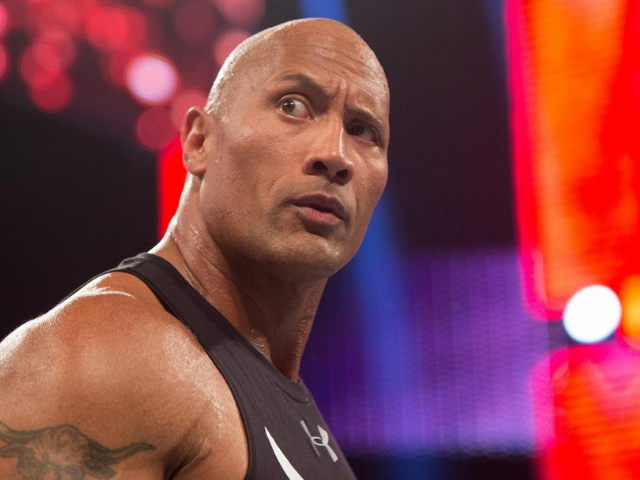 Dwayne Johnson has made sporadic appearances in WWE ever since his Hollywood career reached new heights. However, the Samoan family legacy inside the ring is carried on by his cousin Roman Reigns and the Bloodline stable. Reigns is currently WWE’s biggest star and has held the Undisputed Universal Championship for over 700 days. He came close to losing the championship on some occasions, notably at the Clash at the Castle event last month.

WWE Superstar Drew McIntyre came agonizingly close to ending Reigns’ run with the belt in Cardiff. But interference from another member of the legendary Anoaʻi family and NXT star Solo Sikoa, allowed Reigns to retain the rule.

McIntyre recently talked about how he plans to win the WWE Championship again and will go through the entire Anoa’i family if he had to, including The Rock.

At Clash at the Castle, Roman Reigns came out to the ring without the Bloodline by his side. McIntyre relished this opportunity and had the Tribal Chief down for a three-count before Sikoa’s interference.

Reigns capitalized on this to extend his record-breaking title reign. While McIntyre was left feeling aggrieved, he has promised to get a shot at the title again.

Not only this, The Scottish Warrior has said he will go through the entire Bloodline and beat them up.

In an interview with MySanAntonio, the former WWE Champion said he will take care of the Bloodline including Dwayne Johnson if that is what it takes to win the titles from Reigns.

He said, “I will go around to the entire Bloodline family knock on their door, then apologize and then beat them up. Then I will go to the Rock’s do and say, ‘I am so sorry. You are such a great guy. Your mother is awesome[…]but I am going to have to beat you up because you might show up while I am fighting Roman. I have to take out the whole family. I am sorry.’

Indeed, it looks like Drew McIntyre is still determined to get his hands on the WWE Undisputed Universal Championship. His comments about The Rock mean he is ready to face whatever obstacle The Bloodline throws his away.

Also, it will be interesting to see if The Great One responds to McIntyre’s ‘warning’.

Before McIntyre can set his eyes again on the WWE Championship, he will have to deal with Karrion Kross. With constant attacks, Kross has made life difficult for the former WWE Champion in recent weeks.

A couple of weeks ago, Kross’ aide Scarlett attacked McIntyre with a fireball, after which Kross put him in the ‘Kross Jacket’ submission move.

The two will now meet at the Extreme Rules Premium Live Event on October 8, in a Strap-Match. It promises to be a hard-hitting contest and McIntyre will have to prevail if he is to get back to the main event picture.