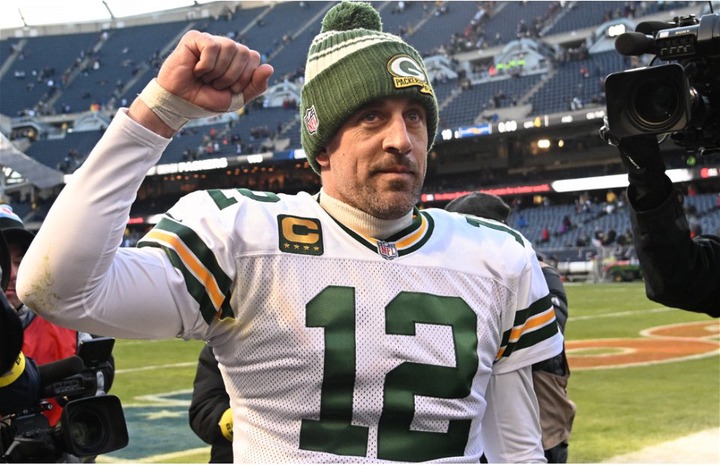 Aaron Rodgers has been slammed on social media for his behaviour as the Green Bay Packers beat the Chicago Bears.

This year has certainly been something of an odd one for both the Green Bay Packers and Aaron Rodgers, both of whom came into this season with high expectations after back-to-back #1 seeds in the NFC playoffs and back-to-back league MVPs respectively.

However, rather than being able to push on from their experiences last year, thy have spent a lot of 2022 going in the other direction, coming into their game with the Chicago Bears with a 4-8 record and with their chances of even making the playoffs hanging by a thread.

But whenever the Packers and Rodgers are in need of a win, they can always look on the calendar, see the Bears on the schedule and know that there is a pretty good chance that they will be able to leave the stadium with a win after they play the men from Chicago.

Aaron Rodgers continues to rack up wins over the Bears

When it comes to rivalries, there are some that have the same relationship as a hammer and a nail, where one side spends most of their time just beating up on the other, and when it comes to Rodgers and the Bears, it’s pretty clear who is the hammer and who is the nail, as the quarterback came into the game with a 23-5 record against them in the regular season (plus a win in the 2011 NFC Championship Game that took him to his first Super Bowl).

Today was ultimately no exception, as Rodgers once again was able to beat the Bears, this time on their own turf in a 28-19 win that mathematically keeps them alive in the playoff race, with Rodgers not quite at his gun-sligning best, but doing enough to keep the score ticking over, as he went 18-31 for 182 yards and a touchdown.

And Rodgers was not going to let the Bears fans know just how much he enjoys dominating them, as he signed off with a cheeky salute to the Soldier Field crowd.

Rodgers with a salute to Bears fans 👀😅 @Packers pic.twitter.com/xrRgz1t8uZ

However, whilst a happy moment for Rodgers, there were some on social media who weren’t too happy with what they saw, as some saw it as a little bit too much for Rodgers to be celebrating against a Bears team that hasn’t been pulling up many trees this season as they slipped down to 3-10:

You can kind of see where they’re coming from, does Rodgers really have room to be celebrating when his season is going the way it is? You just hope this doesn’t come back to haunt him later in the year.