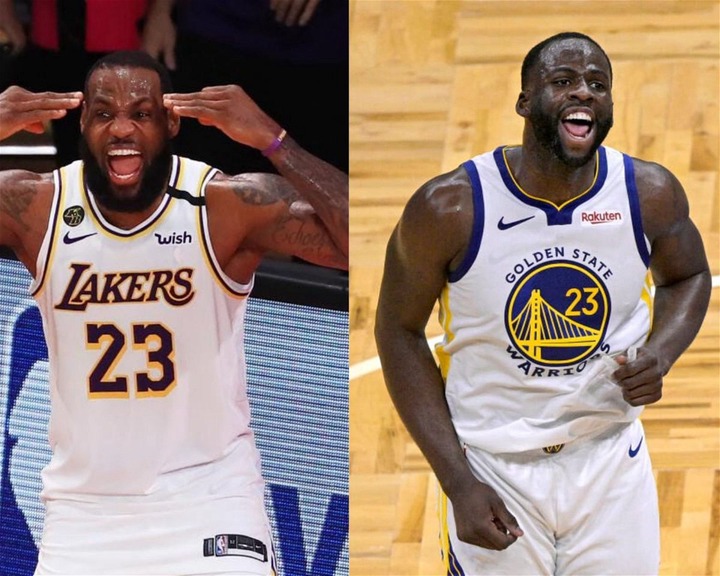 Independence Day celebrations were underway across the USA on Monday. Fireworks were swarming the sky to celebrate the 4th of July. Under the lights, LeBron James and Draymond Green were having their own fun. Moreover, LeBron and Green even sent a message to fans as they made their dreams come true.

Before their friendship, both Green and James were on each other’s hit lists. The Cleveland Cavaliers and the Golden State Warriors would constantly compete in the NBA Finals against each other. Likewise, the battle had intensity, and the King and Draymond got chippy at times. However, over the years these two have grown into really close friends. The rivalry likely brought out immense respect for each other.

With fireworks blooming all across, a drunk LeBron James got emotional with his NBA champion friend. The duo sent a chilling reply to their haters as they celebrated their success.

LeBron James responds to his haters

On the occasion of the 4th of July, LeBron and Green linked up once again. Draymond’s celebrations are not stopping anytime soon after the Warriors’ epic championship win. On the other hand, the King is giving himself time off during the offseason to enjoy before the action begins once more. In the middle of it all, LeBron James hit back at all his haters with a few yet simple words.

James said: “They didn’t believe in us. But I did.”

Both LeBron and Green came from various struggles on their way to the top. LeBron James grew up without a father and had to watch his mom struggle for years. Hence, his powerful belief in the sport led him to stardom from the get-go. He dominated high school like arguably no athlete ever had, and that soon transcended to the NBA. Since then, the Akron Hammer has a long list of accolades and has turned himself into a billionaire.

For Draymond Green, he was never a high-ranked prospect. Even coming out of college, the four-time champ didn’t have his name on anyone’s mouths. Falling to the second round, Green has become the most critical piece for the Golden State Warriors. One of the best leaders on the court, Draymond’s value is irreplaceable. The former DPOY led the Warriors dynasty and they won their fourth title in the last eight seasons.

Nothing would likely have been possible without the power of belief. In addition, keeping out the hate and embracing the love around is why LeBron James and Draymond are both still on the top. And this message goes to show that haters have nothing on them.