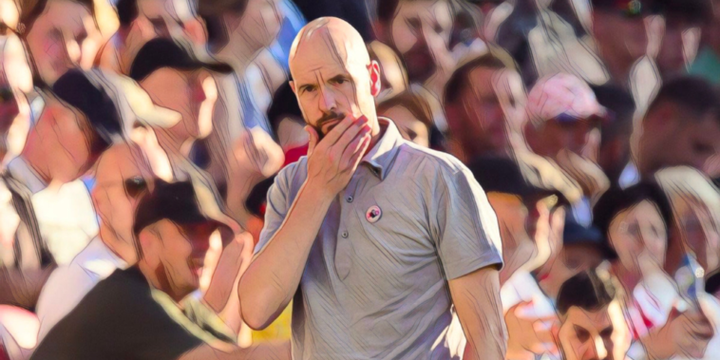 Two games into Erik ten Hag’s reign and Manchester United are a club at crisis point.

Defeat to Brighton was a false start, but the loss to Brentford was utter embarrassment. Just 35 minutes were on the clock when the scoreboard at the Community Stadium – a ground with just over a year’s experience of Premier League football – read 4-0.

Never before have United conceded four goals inside the first 35 minutes of a Premier League game. It’s an unwanted record broken against a team whose last win over United came before the Second World War, and whose first XI cost less than a seventh of the cost of their humiliated opponents. 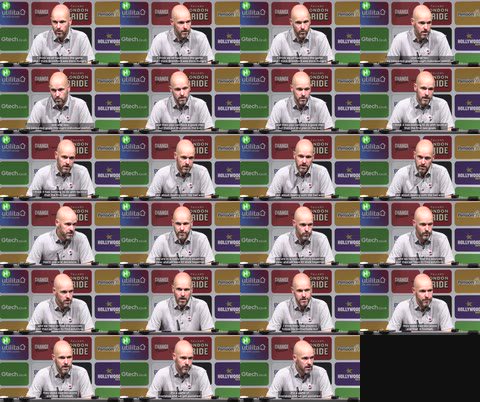 The alarm bells are ringing and rightly so.

At Brentford, the team’s demeanour verged on despair. Bullied from the first whistle, their brittle confidence reached a new low as the Bees swarmed and stung. Ten Hag’s team became a representation of their despised ownership, leech-like in their ability to drain the positivity of a fanbase who once cherished the first whistle on a Premier League weekend.

The problems at Manchester United are well-documented and begin at the very top. The Glazer family have overseen regression and decline, caring little for the club and plenty for the coffers.

The raw numbers of the Glazer’s reign are frightening.

United are the only Premier League club to pay dividends to their shareholders, equating to £166m since 2016. Since the leveraged buy-out of the American ownership in 2005, the Red Devils have paid a staggering £743m in interest alone.

Old Trafford has been allowed to rot. Match-goers have complained at the famous old ground falling behind rival sides and it’s little wonder. United’s £136m spent on infrastructure across the last decade is less than Fulham and Leicester, while its dwarfed by the £1.4bn Spurs have spent on world-class facilities in north London.

The problem at Manchester United is the people who need removing are the ones making the key decisions.

Ten Hag has been left to pick up the wreck of a decade of decline.

That said, the players owe more. Heavy defeats to Liverpool and Manchester City last season were painful, but even the most rose-tinted of supporters begrudgingly accept the gulf that has been created between their side and the top two at present. Brentford, however, was a performance lacking the basic principles of pride and passion.

How many United fans, hand on heart, look forward to fixtures with genuine anticipation at present?

Brentford ran almost 14k more than Ten Hag’s side, made 25 more sprints and three times as many final third pressures. Lacking quality is one thing, but work-rate is a bare minimum.

Bigger name managers than Ten Hag tried and failed to shift United out of the reverse gear the club is stuck in.

David Moyes was viewed as a safe pair of hands. Jose Mourinho and Louis van Gaal were European champions with the personality to handle pressure. Ole Gunnar Solskjaer was a fan favourite steeped in club traditions, but his attempt at a culture reset proved a temporary plaster on a gargantuan gaping wound that has festered for more than a decade.

Ten Hag is a new model. A modern coach with innovative ideas, he had impressed at Ajax with his ability to oversee change and continue improving. Top players came and left, but at Ajax silverware continued to arrive. All this while integrating academy graduates and implementing an attractive brand of football.

He will need time, but he will also need immediate improvement. Jurgen Klopp took almost four years to win silverware with Liverpool, though each season appeared a step closer. Pep Guardiola, even with the riches of Manchester City, took a full campaign to understand his squad and its deficiencies.

There is an acceptance that there will be no quick fix, perhaps no fix at all while the current ownership remains in power. But to lift an increasingly toxic atmosphere, there must at least be a little sign of progression on the pitch.

Already the first manager in 101 years to lose each of his first two games in charge of the club, attempting to shut out the hysteria that accompanies each and every result will be paramount to progress.

If there is the faintest of silver linings on an ever darker rain cloud, it’s that Ten Hag will have learnt more from these two defeats than if United had made a winning start. Ralf Rangnick claimed the club needed ‘open heart surgery’ and ‘maybe ten new players’ to start a genuine rebuild.

Dismissed at that time, it is a verdict most will now agree with.

Arsenal have followed a similar path and are beginning to show signs of reaping the rewards. Big names and big egos were replaced in mass change at the Emirates, with players burning with youthful ambition brought in.

Ten Hag’s situation is not too dissimilar from the storm Mikel Arteta rode during the opening weeks of last season as the Gunners began with three consecutive defeats. Things are looking rosier in north London right now.

Time is a precious commodity however, even more so in Premier League management. It might not be enough given Ten Hag is taking on a forest fire with a water pistol at present, but it must be granted given past failures.

Mistakes will be made. There will be teething issues as the Dutchman discovers which players are unable to execute his methods. Ten Hag may not even prove the right man in the long term, but the plan that seemed the right step this summer must be followed through with full commitment.

Nothing here is new information or hasn’t been repeated before, though it feels more poignant than ever.

Rivals fans may revel in United’s decline, having been witness to the club’s dominant reign in the early Premier League era, but the rotten decay from top to bottom is a sad state for a giant of world football.

Ten Hag has had his first taste of the Premier League’s poisoned chalice and the task now will be to find an antidote.