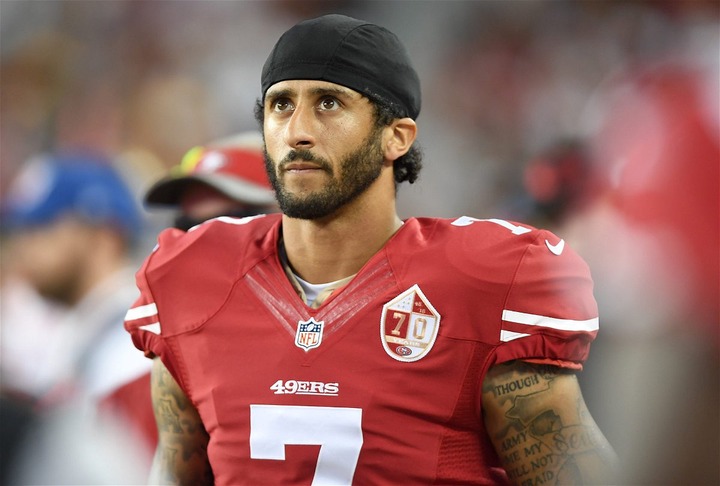 American rapper J Cole was an avid supporter of the former San Francisco 49ers quarterback Colin Kaepernick, who was busy leading his campaign for the past few years. The quarterback turned-civil rights activist was successful in receiving support from various high-profile artists, and Cole was one of them. While speaking in an interview, the rapper explained how his friendship with the signal-caller turned into a sense of admiration.

“I went from being a fan to being a real supporter. First quietly, and then… you know, outwardly, once I felt like this dude needs more voices in his corner.” Cole said in the interview. “His answers were just so clear and potent. And like right on point, and he wasn’t backing down. And he wasn’t afraid.” he added.

The rapper explained his support emerged out of Kaepernick being completely alone. He was managing everything, and all he needed were some loud voices for his campaign.

This year when Kaepernick announced he was planning to make a comeback looking for various options in the league, J Cole came forward to wish him a bright future. He believes Kaepernick sacrificed his childhood dream, huge lumps of money, and all kinds of luxuries just for the sake of a cause.

He shared an Instagram post with a picture of Kaepernick kneeling during the national anthem and wrote a big text explaining the sacrifices Kaepernick had to make in the past five years.

Colin Kaepernick resorted to various mediums to run his movement

Recently, the 34-year-old athlete announced he was heading to work with two-time Academy awards-winning director Spike Lee for a docu-series that will portray the entire life struggles of Colin Kaepernick. Right from his childhood to his journey to the National Football League, everything will be covered in an eventful manner.

Similarly, he released a children’s book, “I Color Myself Different” which received widespread recognition earlier this year. He used various digital mediums and public gatherings to vocalize his ideologies and founded the know your rights campaign.

However, he was targeted several times and had to face the ire of various groups for his Netflix documentary that drew improper comparisons.

After carrying out a successful workout session with the Las Vegas Raiders this off-season, the signal-caller is hopeful to receive a second chance in the league. At the time when teams are looking for game changers, Kaepernick happens to be a top prospect.