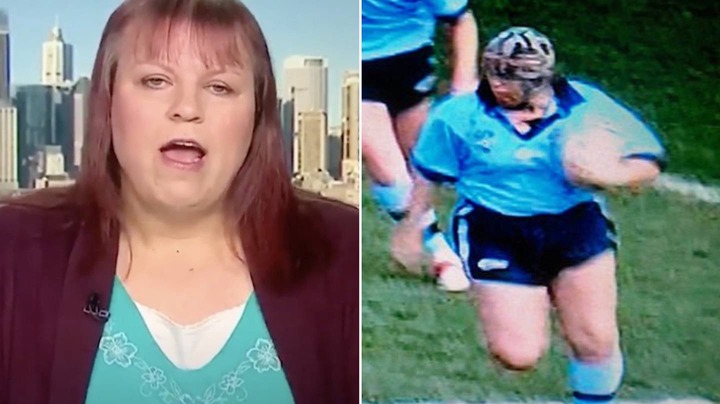 When news broke of the decision, as more sports followed suit, some people praised it while others slammed it as a violation of inclusivity – former athlete-turned-activist Layt being one of them.

56-year-old Layt has played professional footy before and after her transition, most notably representing New South Wales at State of Origin level in 2007.

"We are human beings, we have feelings, and we feel like we are being singled out," Layt told AFP.

"I transitioned a long, long time ago.

"They don't seem to listen to the fact that it is inherent, and it is also intrinsic to us that we were female from a very early age."

To give some context, a total of 71 percent of FINA voters opted to stop trans athletes from racing in women's elite swimming events if they have gone through any part of the process of male puberty.

If effectively means that an trans swimmer will have to completely transition by the age of 12 if they plan on competing.

The IRL's rulings are fractionally different, stopping trans women from facing off against cisgendered females on the Test stage, but only until further research is conducted.

For someone like Layt, who admits she knew she was a female by the age of 4 before eventually transitioning years later in 1998, it's upsetting news.

"Basically what they're saying is: 'We don't want you.'"

As a result, Layt had some advice for trans people who are hoping to play rugby league one day.

"I would tell them to hide," she said.

"Or go play a sport that is inclusive."