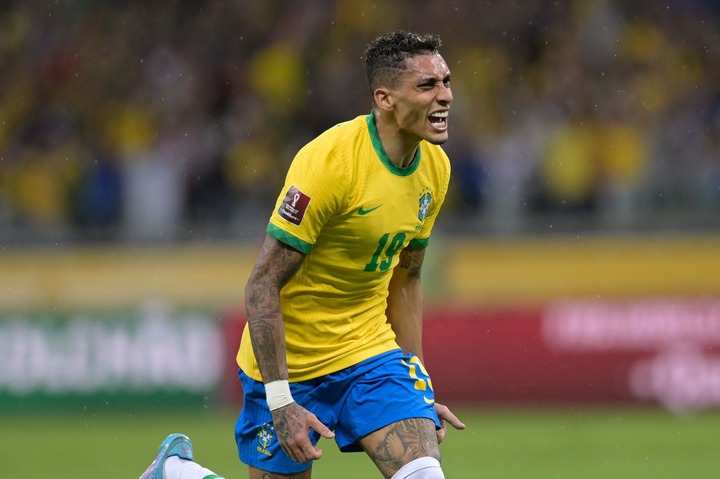 According to @Glongari via @AbsoluteChelsea on Twitter (h/t Football.London), Leeds United have given Barcelona a deadline to make an acceptable bid for Chelsea target Raphinha, signalling that the transfer race appears to be nearing its conclusion.

Despite the Brazilian’s preference to join Barca, Chelsea remain keen on landing him. The Catalan team’s approach hasn’t deterred the Blues, and right now Todd Boehly’s offer of £55million upfront is the best one Leeds has received and accepted.

The Yorkshire side rejected Xavi’s team’s bid since it was in instalments. Now, it is believed that Barcelona have a deadline to meet and will need to move quickly to land their man.

The Peacocks seem ready to get a response from Rapha and Barcelona on a transfer this summer after waiting for several weeks.

Raphinha’s interest in transferring to Chelsea is still unknown, but Boehly is obviously focused on getting him. The race for the 25-year-old is still very much in Barca’s favour, but if they are unable to match the Blues’ offer, they may have to give it up.

Raphinha spent his first two seasons at Elland Road establishing himself in the Premier League. When Leeds needed him the most, the Brazilian stepped up and provided for his team.

While the West Yorkshire team had a challenging 2021/22 season, the Whites had a comfortable return to the league in 2020/21, upsetting the competition with their relentless pressing and high-intensity football. The 25-year-old was the lone player left at the Elland Road club as they fought the possibility of relegation all season long.

Given the underwhelming impact our forwards had last season, Chelsea’s interest in the player is justified. Due to their inability to generate and capitalise on many opportunities, the Blues’ wingers have been particularly disappointing. The Stamford Bridge team was therefore forced to rely on the full-backs to add some flair in the final third.

Given this, it wouldn’t be unexpected to see Tuchel choose the Brazilian over the other players at the German manager’s disposal if we do manage to sign the 25-year-old.

If the Brazilian joins the team, he might be the solution to some of our offensive problems. His 11 league goals for a struggling Leeds team is a positive sign.