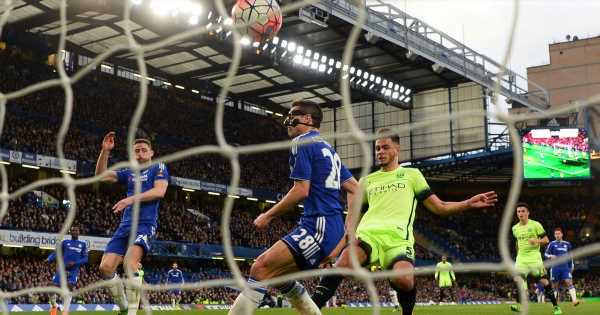 Manchester City looked to have another exciting starlet on their hands when David Faupala scored against Chelsea – but he's now playing against amateur teams.

The French striker was snapped up as an 18-year-old by City back in 2015 after impressing in his home country with Lens. He was integrated into their development squad but found himself called up to the first team amid bizarre circumstances.

City's FA Cup fifth-round replay against Chelsea in February 2016 had been moved to a Sunday, just 24 hours before they were due to fly to Ukraine for their Champions League clash with Dynamo Kyiv.

The decision, which had been prompted by the BBC televising the game, infuriated then-manager Manuel Pellegrini, who made his point by starting a very inexperienced starting XI and bench at Stamford Bridge.

A full-strength Chelsea unsurprisingly went on to win 5-1. But it was Faupala who notched City's solitary goal after being handed his senior debut, albeit with a scrappy tap-in.

That would be his one and only senior appearance for the current Premier League champions, though. After Pep Guardiola's arrival that summer, he was sent on loan to Dutch side NAC Breda, and then League One Chesterfield.

Which star did you think would make it but failed? Let us know in the comments section.

Neither spell went to plan, with Faupala playing just four games in the Netherlands in the first half of the season, getting sent off for a kick-out when back in England, and scoring a total of only two goals.

He left City in late 2017, briefly joining Ukrainian Premier League club Zorya Luhansk before moving onto Apollon Limassol in Cyprus. However, minutes were hard to come by, despite scoring a fabulous overhead kick against Lazio in the Europa League.

Faupala has ventured to FK Jerv in Norway, Valletta in Malta and Beauvais in his native France in pursuit of regular game time, having little success.

He netted once in nine outings in the French fourth division last season, a record which has seen him move on once again. Now 25, Faupala joined Cypriot side Enosis Neon Paralimniou last month.