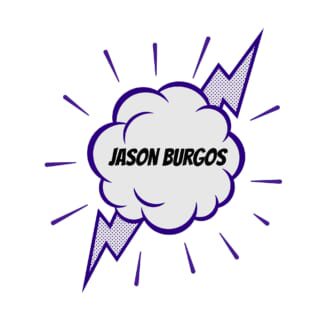 New York Jets training camp for 2022 is almost here, and fans of Gang Green are hopeful the team can begin the build to improve in Robert Saleh’s second season as head coach after a 4-13 finish last year.

Similar to 2021, a lot of focus in training camp and preseason will be on the continued development of last year’s first-round pick and starting quarterback, Zach Wilson. The 22-year-old went through a lot of growing pains last season and will need to take a notable step forward if the team is expected to contend for a playoff spot in the winter.

The Jets also had a well-received showing in April at the 2022 NFL draft and made three picks in the opening round. By taking cornerback Ahmad Gardner, wide receiver Garrett Wilson, and trading into the back half of the round for Jermaine Johnson II, fans are hopeful that the team grabbed a few building blocks to bring them back to prosperity sooner than later.

Let’s dive into Sportsnaut’s New York Jets training camp preview. As we examine everything you need to know from the camp’s location, schedule, and storylines to follow.

Since 2015, the Atlantic Health Jets Training Center in Florham Park, New Jersey has served as the Jets training camp epicenter, and it will do so again in 2022.

The New York Jets training camp kicks off when rookies arrive on July 19. Then the veterans join their new teammates the following week on July 26. We will update this space once the team announces its days and times for the 2022 practices that are open to the public.

In case you were curious about where the organization held its training camps before Florham Park, here is a quick overview of the previous sites for the Jets’ preseason preparations in the past. Per Pro Football Reference.

Can fans attend the Jets training camp this year?

Yes, fans will be able to attend several of the team’s public practices during camp. Due to the ongoing COVID-19 pandemic, access for fans was severely limited over the last two seasons. However, that will change in a major way in 2022, and you can expect a level of access this summer akin to training camps in 2019 and back.

Since the team’s camp schedule hasn’t been released yet, that also means tickets are not yet available. When tickets to camp events hit the market, we will update you with everything you need to know.

Here are the top storylines to follow and position battles to watch during Jets training camp 2022.

Who will be the Jets WR2?

It is surprising to think, but rookie Garrett Wilson has an opportunity to work his way into being the team’s top receiving target this summer. But that is the state of the Jets’ pass game right now. However, with a lack of big names, there is a whole bunch of opportunity for the likes of Corey Davis, Denzel Mims, and Jeff Smith to elevate their games and win the position of being the wingman for Wilson in his first NFL season.

Are the Dallas Cowboys the greatest NFL franchise of all-time?

Can Mekhi Becton prove he is ready to go for 2022?

Mekhi Becton missed almost all of 2021 with a knee injury. New York needs him back and in top form to give Wilson the best chance possible to grow in season two. Becton was not at minicamp and his recovery is still a concern heading into the summer. Even if he does not play in every preseason matchup, fans will be hopeful he can be on schedule to start in Week 1.

Is the hype around Ahmad Gardner deserved?

The Jets trio of first-round picks will be a top focus during camp. Especially fourth-overall selection Ahmad Gardner. There is a great deal of hype behind Gardner, with comparisons to Jets’ great Darrell Revis. Fans will be watching closely to see if he is the next coming of the team’s greatest defensive player ever or something different altogether.

Plus, eyes will be watching to see if Garrett Wilson can develop chemistry with his new QB and turn into the legitimate WR1 he lacked in his rookie season.