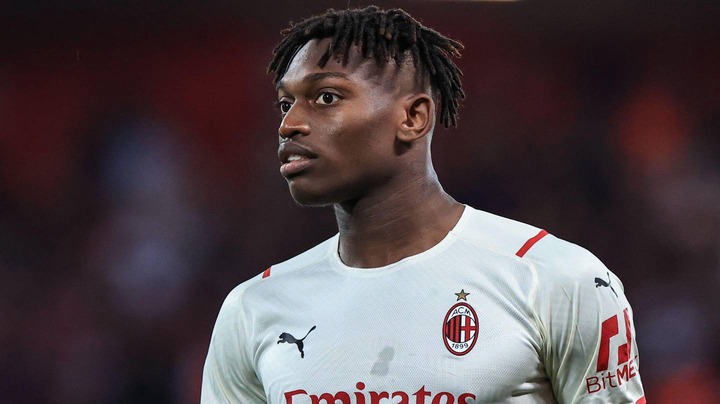 Chelsea are 'on alert' for AC Milan forward Rafael Leao, willing to offer up to €120 million plus a player in exchange, according to reports in Italy.

The Serie A MVP from last season was on Chelsea's radar in the summer but a deal could not be reached.

AC Milan quoted the Blues €150 million during the transfer window, closing any possibility of a summer move.

He said: “An official offer from Chelsea never arrived, but on an informal level it did.

"Of course, it was refused.”

It remains to be seen as to whether the Blues will make another move for Leao in the future.

The forward is asking for €7 million a year to extend his deal.

However, the management are only willing to offer €6.5 million.

His current deal expires in 2024, while there are further problems with his contract talks.

He wants AC Milan to contribute in some way to the €19 million owed to Sporting CP together with Lille.

If not, Leao will have to help contribute to this fee.

This reportedly means that Chelsea are 'on alert' over the situation.

The Blues are willing to offer an amount worth €120 million, with the potential of 'some counterparts included'.

AC Milan were previously interested in Hakim Ziyech, but it remains to be seen as to whether he will be offered.

Manchester City are also following the situation, so Leao may find himself out of AC Milan next summer.