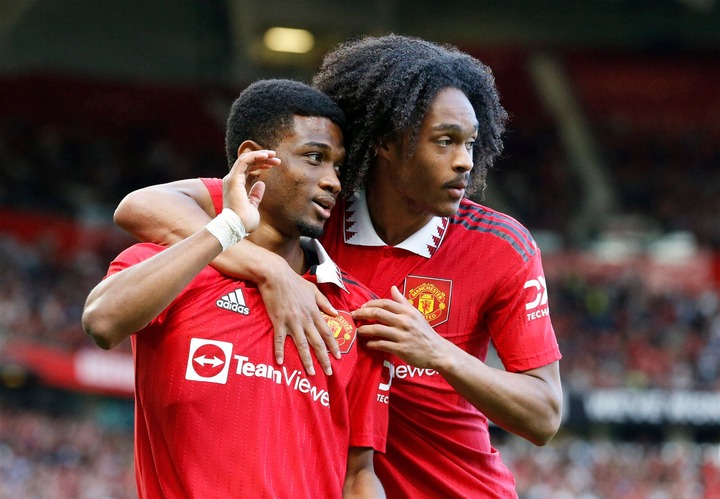 This article is part of Football League World’s ‘The Verdict‘ series, which provides personal opinions from the FLW writers regarding the latest breaking news, teams, players, managers, potential signings and more…

Although Erik ten Hag’s side could utilise some fresh faces at this stage, with the Ivorian spending the second half of last season out on loan at Rangers, the Red Devils are looking to sanction a loan move for him once more.

However, the Black Cats aren’t the only side in the race for his signature, with the Seasiders and European trio Anderlecht, Besiktas and Sampdoria all being listed as potential options for the 20-year-old.

Quiz: Do these 25 ex-Sunderland players currently play abroad or not?

Agent Michael N’Cho is currently in talks with all five sides regarding a potential move for his client – and it remains to be seen whether Alex Neil’s side can beat others to his signature with the Wearside outfit unlikely to be done in the transfer market just yet.

With this link emerging, it provides two clearer questions. Firstly, would this be a good signing? And secondly, is this a realistic addition considering the winger’s pedigree?

We asked three of our writers at Football League World for their answers to these two key questions.

I’m not 100% sure how Diallo fits in at Sunderland given what we’ve seen from Alex Neil’s side this season.

The Man United youngster is a winger by trade and I’m not hugely convinced by his capabilities as a wing-back, which is the obvious position for him in the Black Cats’ system.

They need cover in forward areas and though Diallo is certainly a talented attacking player, he’s not got a huge amount of experience as part of a front two and could struggle physically in the Championship.

It’s not to say that the 20-year-old couldn’t have success at the Stadium of Light but more that I don’t see him as the right fit at the moment.

A Championship move for him would not be a surprise but perhaps Sunderland should focus their attention elsewhere.

It is definitely a realistic addition for Sunderland given Diallo’s lack of first-team opportunities at Manchester United in the last season or two.

The 20-year-old needs to find some game-time which is not available at Old Trafford at the moment, with Premier League 2 not as useful as it was in the past for the winger.

It is tricky to see where starts would come from for Diallo at Sunderland, with Ross Stewart and Ellis Simms looking irreplaceable at the top of Neil’s 3-5-2 formation.

It is unlikely that the Ivorian will be thrown in at wing-back, but he would add some interesting variety to Neil’s attacking contingent, in competition with Patrick Roberts and Leon Dajaku for minutes.

He would be wasted at wing-back – but the 20-year-old could certainly be a decent option to have up top to compete with Ross Stewart and Ellis Simms.

And if he was to arrive at the Stadium of Light, he would arguably make the Black Cats’ frontline one of the best in the Championship as an exciting player who has a lot of potential.

It may be difficult for the second-tier side to negotiate an agreement with United though because he isn’t guaranteed to get past Ellis Simms and Ross Stewart in the pecking order at this stage, though there should be plenty of minutes on offer for him with their lack of attacking options and the fact they played with two up top.

United will want him to be a regular starter though – and this is why Neil’s side may need to turn their attention to other targets with Stewart and Simms performing extremely well together at this stage.

If they were to bring him in though, it would be an excellent and much-needed addition to give them something extra going forward. It will also give them an option to play with wingers, which will benefit Neil if he wants to make a formation change.

If they can pull this signing off, it would be a real coup.