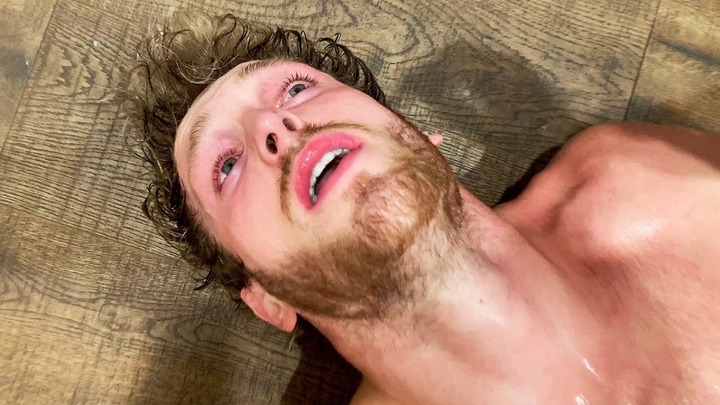 Popular YouTuber turned wrestler Logan Paul often stays in the media spotlight due to his massive fan following. He has been making a buzz for a few months as he began seeing Swimsuit model Nina Agdal. However, he recently shared a scary incident when he narrowly escaped death while he was with his girlfriend.

In a recent episode of his podcast, Logan Paul shared an incident when he went up to his LA ranch, where he also had some quality time with his dad. He revealed that he was driving a razor, Polaris RZR.

Paul further added, “F**king Post Malone ‘Rich & Sad’ was the song that was playing that I almost died to!”

‘The Maverick’ has lately been inactive inside the boxing ring, as he was busy with his WWE fights. However, the Ohio native is now planning his boxing return for the near future.

Not to forget, he turned to boxing in 2018 when he fought fellow YouTuber and business partner KSI. His boxing venture grabbed even more attention as he went on to fight boxing legend Floyd Mayweather.

Now, as per recent reports, Paul will be returning to boxing in January next year, on KSI’s card. Fans couldn’t be more excited to see their favorite internet personality back in the ring.

However, his opponent has not been disclosed yet. It is rumored that MMA fighter Dillon Danis might go up against Paul inside the ring.

Meanwhile, what do you think about Paul’s harrowing incident during his vacation? Let us know in the comments below.