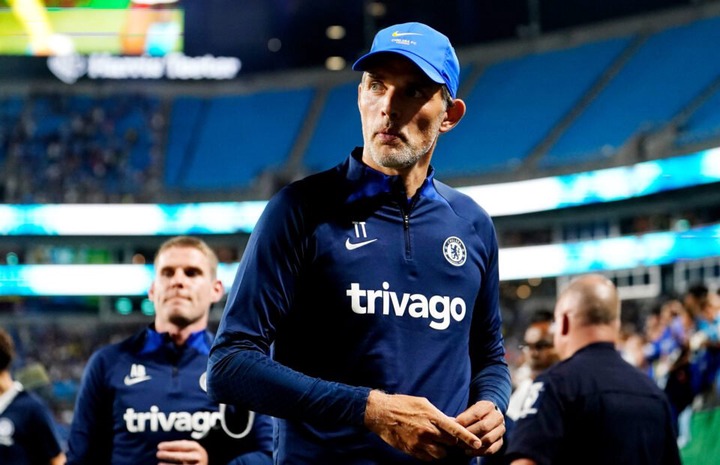 Chelsea could make a sensational bid to sign Leicester striker Jamie Vardy late on in the window if Kai Havertz suffers an injury, according to transfer insider Dean Jones.

Following Romelu Lukaku’s exit, the Germany international is Thomas Tuchel’s only recognised number nine heading into the new season, with Chelsea in desperate need of reinforcements.

Despite bringing in Kalidou Koulibaly and Raheem Sterling, it’s been a tricky start to Todd Boehly’s reign as Chelsea owner, who’s missed out on both Jules Kounde and Raphinha.

To add to the American’s frustrations, the Stamford Bridge outfit have also had no luck in their search to provide cover and competition for Havertz up front.

According to Christian Falk, Chelsea are ‘very interested’ in signing Harry Kane, although a move across London would appear incredibly unlikely, with Tottenham expected to offer the England captain a new contract.

Where did Chelsea legend Didier Drogba start his career?

Chelsea have also missed out on Robert Lewandowski, who opted to join Barcelona, with their options looking extremely limited heading into the final month of the transfer window.

But Jones reckons that, should their crisis continue deep into August, they could launch an ambitious bid to bring Vardy to west London.

What did Jones say about Vardy?

He told GIVEMESPORT: “There are no offers yet for Vardy, but you couldn’t rule out someone suffering a striker crisis.

“Let’s say Havertz suffers an injury, they could throw in a bid for someone like Jamie Vardy in the last week of the window.”

Would Vardy leave Chelsea for Leicester?

Despite turning 36 next January, Vardy has continued to prove himself as one of the most lethal strikers in English football.

In each of the last five Premier League seasons, he’s scored at least 15 goals, with his overall tally in the competition standing at 133, putting him 14th on the all-time list.

However, heading into the final years of his career, it’s hard to imagine Vardy dropping everything at Leicester to potentially become a squad player at Chelsea.

Vardy has spent the majority of his Foxes stint as first choice, and while a move to Stamford Bridge would improve his chances of challenging for major honours and allow him to play in the Champions League once again, it would be a massive shock to see the ex-England star sign for the Blues.