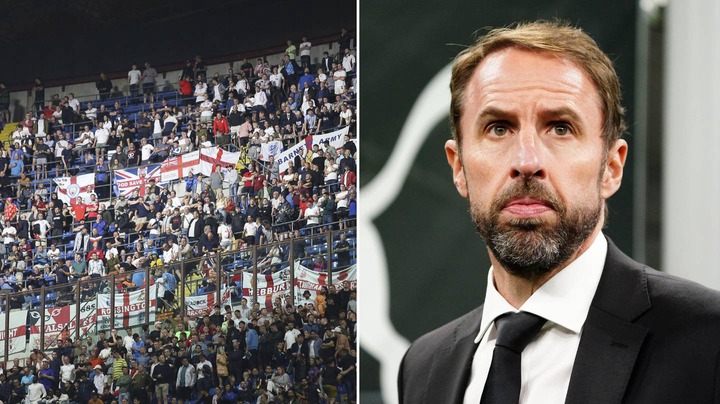 Some England fans want Gareth Southgate sacked BEFORE the World Cup and have named their ideal replacement.

Southgate came under fire following his side's 1-0 defeat to Italy in the Nations League on Friday.

He confused fans with his starting XI, then baffled supporters after not playing AC Milan star Fikayo Tomori.

And some England fans seem to have had enough of the 52-year-old and want him gone before the upcoming World Cup.

The Argentine is out of a job following his sacking at Paris Saint-Germain.

Of course, he's knows the English game having managed Southampton and Tottenham during his managerial career.

And people online want Pochettino to lead the Three Lions in Qatar.

Southgate you’re a nice bloke but that’s probably your downfall, England go and get Pochettino

Put pochettino in charge of England for the World Cup #ENG

Give the England job to pochettino

Give Pochettino the England job going into the World Cup, Southgate is fucking useless

Pochettino or Tuchel for England before the World Cup would be a lot better.

The FA would never do it, but Tuchel, Pochettino, Zidane, Bielsa, or even Wenger are available to replace Southgate before the World Cup.

Pochettino would be a far better option for England.

Pochettino, 50, has only managed club teams in his managerial career.

But that hasn't put fans off him potentially taking charge of England.

Would Pochettino make a good England manager? Let us know what you think.