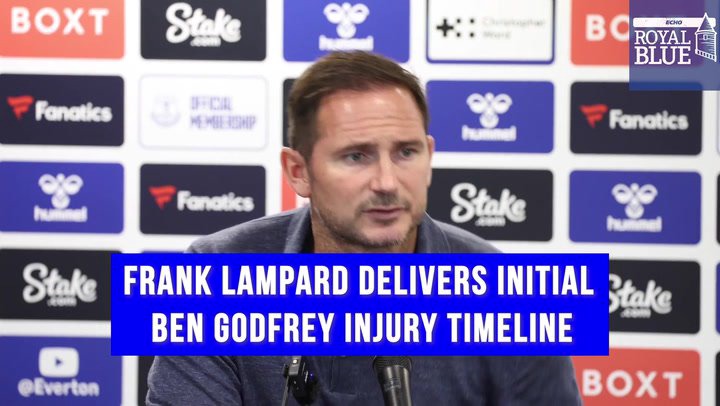 Everton found themselves in danger of suffering a centre-back injury crisis on the opening day of the season as Yerry Mina followed Ben Godfrey in being forced off against Chelsea.

With just over 20 minutes remaining of their match against Chelsea and the home side trailing to Jorginho’s penalty that was converted on the stroke of half-time, Mina pulled up by the right hand touchline next to the Bullens Road stand, grimacing with pain and after undergoing treatment was replaced by summer signing Ruben Vinagre who came on for his debut.

Mina joined Everton from Barcelona after the 2018 World Cup but has endured an injury-plagued four-year spell at the club, featuring in just 80 out of 153 Premier League matches played by the Blues since then, including just 13 last season.

The 27-year-old has now entered the final year of his current contract and manager Frank Lampard has already recruited one new centre-back so far this summer in the shape of James Tarkowski from Burnley while Wolverhampton Wanderers’ out-of-favour captain Conor Coady is now understood to be on his radar.

Mina’s fellow central defender Godfrey was also forced off after falling awkwardly just a dozen minutes into the contest after a challenge with Kai Havertz and was taken away on a stretcher and sent to hospital.