Liverpool manager Jürgen Klopp may have already identified the 'next Sadio Mané' but the Reds are likely to wait a while if they are ever to make a transfer move. 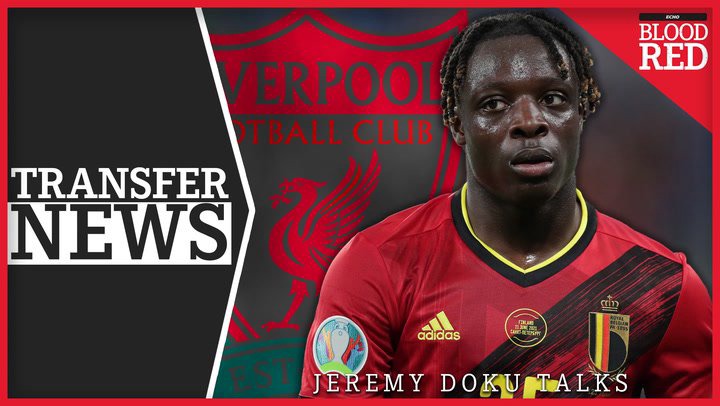 Sadio Mané is no longer a Liverpool player, and as the man himself said earlier in the week: it feels strange.

Without him, Liverpool have lost a forward who scored 120 goals in 259 appearances and who was the first 'transformational' signing that the Reds made for Jürgen Klopp.

And that means that they will have to have a future plan for their forward line — not least with the scary thought of Mohamed Salah potentially moving on next year still in the foreground of most people's thoughts.

The Salah-Mané-Firmino front three is no more, but Luis Díaz and Darwin Núñez have come in and Diogo Jota before them. The evolution has begun, but it is set to continue.

That means that while Núñez for Mané was the swap this summer, in future transfer windows there will be more attacking additions, while there are plenty of hopes for the likes of Kaide Gordon as they emerge from the Academy system.

Jérémy Doku, who is still only 20 and who Transfermarkt currently value at £18m, is another young player who Liverpool have previously monitored and no doubt will still be aware of — in 2018, they made a pretty strong bid to convince him to join them.

Doku, then 16, reportedly spent time with Mané and Gini Wijnaldum while touring Melwood. He had a chat with Jürgen Klopp, who supposedly — according to his father — told him that he could actually be the new Mané, while the man who would have been Doku Junior's coach at U18s level, Steven Gerrard, Doku Senior later explained, showed him tactical videos as part of the pitch.

Arsenal, Chelsea, Manchester City, Ajax and PSV were all also interested with the Belgian then at Anderlecht, but he ultimately chose Rennes as his next destination — seemingly a sensible next step, given that is where the likes of Raphinha and Ismaïla Sarr were developed before moving on to bigger things.

An injury-riddled season last year prevented him from kicking on, but the talent is still there. He might only have got two goals in 18 appearances last season, but in future, those numbers could — and should — increase.

Liverpool's business this summer is likely to be done. But this could certainly be something to keep an eye on in the future — not least because the Reds and their manager, Klopp, are already big fans of Doku.

Liverpool, of course, have been known to go back for long-term targets having missed out first time around — and should Doku fulfil his potential at some stage, they could do so again.

With Doku still only 20, it would not even have to be next summer. He could even have another move before making it at the very top, with Raphinha's switch to Leeds United a good example.

Liverpool tend to buy players three or four years older than Doku is now — but in the meantime, the talented Belgian forward remains someone to keep an eye on.