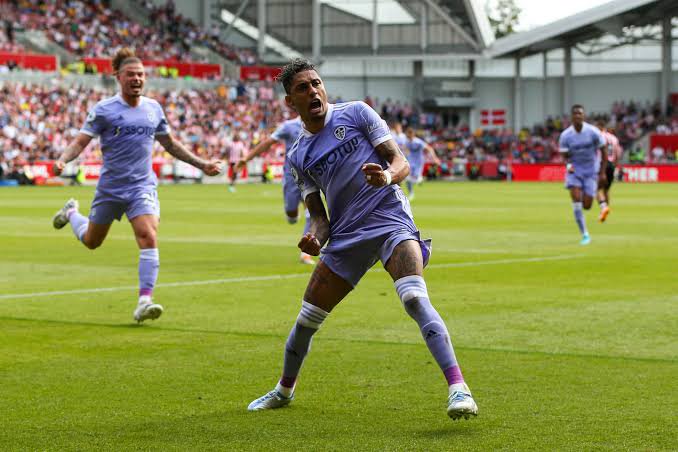 According to Fabrizio Romano‘s comments to Wett Freunde, the Blues believe their ability to offer Champions League football to the Brazilian hands them a great chance to complete the deal.

The 25-year-old starred for Leeds as the club survived the prospect of relegation on the final day of last season.

Raphinha scored 11 crucial goals for Jesse March’s side, notably netting on the final day of the season in a memorable victory over Brentford.

This prolific season is somewhat more impressive given the fact the Brazil international played numerous games in an unfamiliar wing-back role, filling in after an injury crisis.

His performances didn’t go unnoticed at Elland Road, with teammate Kalvin Phillips describing him as ‘unbelievable’.

Despite survival, it has been widely reported the Brazilian is seeking a move away this summer, with it set to be one of the biggest stories of the window.

Barcelona had originally been seen as the favourites for the deal, while Chelsea, Arsenal and Tottenham remained interested to keep the star in the Premier League according to the Athletic.

But Romano now says that Barcelona will run into issues when trying to secure the deal, making the English sides the favourites for a transfer in the region of £65m.

The transfer expert claimed the Blues are in contact with Leeds, saying: “There are no direct negotiations with Chelsea at the moment.

“So there is no offer from Chelsea just yet, but Todd Boehly is in direct contact with Leeds and has announced that they are interested in Raphinha and so Chelsea may be able to enter the race in the next few days with the argument of also playing Champions League.

“It’s a crazy business, very open, with many clubs in the draw. I think it will be difficult for Barcelona. It’s going to be very complicated for Barcelona. English clubs have a great opportunity now if they are willing to pay €65-75m.”