Michael Jordan Showed No Sympathy After His Sons Got Put in Their Place at a Young Age: “Now I Understand Why We Don’t Do This More Often” 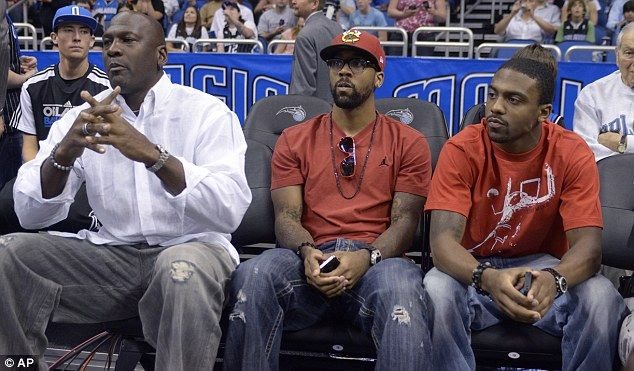 You cannot become a good player just by having the name of one. Many players attempted but failed to match Michael Jordan’s unparalleled legacy. Out of the many, two were his own sons Marcus and Jeffrey Jordan, who failed to make it to the NBA. However, Jeffrey Jordan once recalled training with his father and realizing the true extent of His Airness’ greatness.

Jeffrey and Marcus Jordan grew up with their own indoor court in their house, where they spent most of their time practicing and training. And they had arguably the greatest player in the world as their coach, their father, Michael Jeffrey Jordan. However, the two brothers didn’t spend much time training with their father because he was always busy traveling.

But one day they got the chance to square up with their day. Marcus and Jeffrey felt that they were in good shape and thought that they could easily go through the training process with their father. However, they soon realized what made their father a legend.

According to Jeffrey, the session was brutal. In a 2020 interview, Jordan’s eldest son recalled, “Now I understand why we don’t do this more often.” Moreover, when asked whether their father showed any sympathy, Jeffrey simply laughed and replied, “No, none whatsoever. “

The 2020 Netflix docuseries The Last Dance reminded the world of Jordan’s obsession with competing and coming out on top. Jeffrey’s testimony proves that even his own sons never got a free pass.

Since the release of the docuseries ‘The Last Dance,’ the modern world has reinvented Jordan’s exceptional abilities. His ability to move across the court, shoot, pass, and dunk still seem insane. However, Jordan’s abilities were a result of intense training and workout. Michael Jordan‘s daily routine was admirable. Before going to basketball practice, Jordan spent some time doing core workouts two days a week.

He spent a good amount of time strengthening, the workout included biceps curls, deadlifts, power cleans, bench presses, and squats. Furthermore, he worked on a balance board, which helped him bring balance and stability throughout his body. The Chicago Bulls legend also worked on his agility and did some light weightlifting too.

Do you think NBA legends should go easy on their kids? Comment your thoughts below.