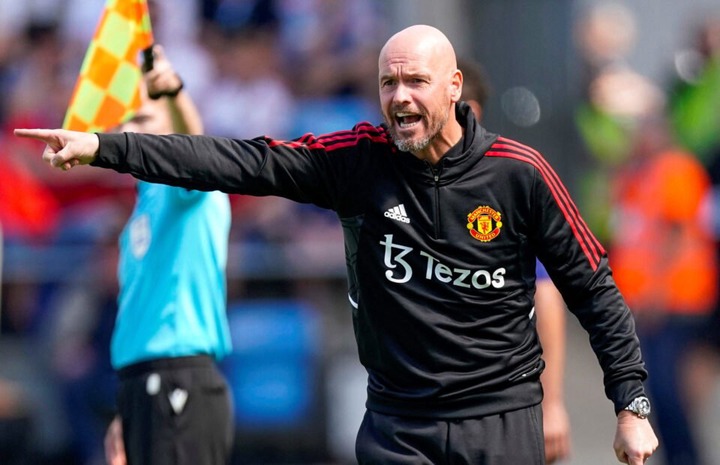 Manchester United will keep trying to push for the signing of Barcelona midfielder Frenkie de Jong at Old Trafford unless they are outright rejected by the player, according to journalist Fabrizio Romano.

Erik ten Hag has overseen a summer of steady business for the club but there remains some key positions to fill before the transfer window slams shut on September 1.

What is the latest on Frenkie de Jong?

De Jong, who currently earns £164,000 per week with Barcelona, has been linked with a move to Old Trafford for what feels like an eternity now but the deal does not appear to be progressing as much as those close to the club will have liked.

The Athletic reported back in July that a £63 million fee had been agreed with Barcelona for the transfer of the 25-year-old, but a dispute with the La Liga giants over deferred wages was holding up the deal.

There were also reports that the 44-cap Netherlands international had no interest in moving to Old Trafford this summer.

Now, United seemingly have serious competition. MailOnline reported this week that Chelsea are ‘increasingly hopeful’ of winning the race for De Jong, with the offer of Champions League football on the table at Stamford Bridge.

The same report also states that the player himself would prefer a move to Thomas Tuchel’s side than his former manager’s.

But United are not about to give up on the player previously dubbed “world-class”.

What has Romano said about United’s move for De Jong?

The transfer expert understands that the Red Devils plan to keep pushing for the former Ajax ace until they are outright rejected in their approach.

Only then will they move on to potential alternatives but De Jong remains their number one choice.

Romano told GIVEMESPORT: “At the moment there is nothing advanced for these players. I think they will insist on Frenkie de Jong until the end. They will try to push for Frenkie and then we will see what happens with a potential plan B in case Frenkie will say: ‘it’s definitely over’ and United will move on to other targets.”

Before signing for Man United, Ronaldo was believed to be close to joining which team?

Who else could they target if they miss out on De Jong?

While De Jong appears to be the overwhelming favourite at Old Trafford, they have still been linked with other options.

Premier League experience is readily available to Ten Hag. Leicester City’s Youri Tielemans is apparently on their radar, as is Wolves’ Ruben Neves.

Lazio’s Sergej Milinkovic-Savic has also been regularly linked with a move to Old Trafford in recent seasons too, could this be the year the 27-year-old makes his move?