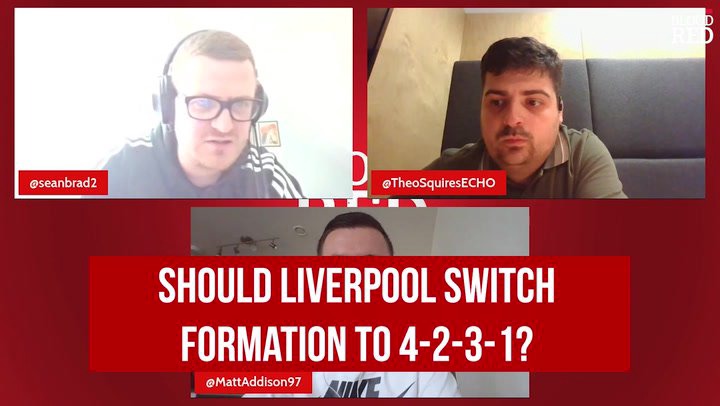 Former England international Paul Parker has launched a stinging criticism of Trent Alexander-Arnold, insisting that the Liverpool defender should not be included in Gareth Southgate's World Cup squad.

And the ex-Manchester United defender even went one further by suggesting that the Reds' regular right-back wouldn't get in any other top Premier League side, despite Pep Guardiola suggesting otherwise.

Alexander-Arnold is currently on international duty with the Three Lions, who face Italy tonight in Milan before hosting Germany at Wembley on Monday evening in two UEFA Nations League fixtures. The games represent a final chance for Southgate to take a look at his players before picking his final squad to take to Qatar, but Parker believes it shouldn't include Liverpool's number 66.

Alexander-Arnold first broke into the national team set-up in 2018 aged just 19 and has gone on to earn 17 caps for the Three Lions. But despite being the PFA Young Player of the Year in 2019-20, Parker doesn't think the 23-year-old would get into any other top side in the Premier League.

Parker added: "He couldn’t play for any other big team in the fashion he plays. If you are looking at Manchester City, he couldn’t play there. He wouldn’t be good enough for Pep. He would want more from him. And, if anyone can tell me anything different, they would have to work really hard to tell me any different."

The comments by Parker - who played for England at World Cup Italia '90 and deflected an Andreas Brehme free-kick into his own net against Germany in the semi-final - may come as a surprise given what Guardiola said about Alexander-Arnold in April ahead of Man City's crunch Premier League clash against Liverpool.

Speaking about the Reds in a pre-match press conference, the Spaniard said: “Four, five years ago they were more direct, not too much between the lines. Now they have a good build up with Alisson, [Joel] Matip, Thiago drops. Threats in behind, [Trent] Alexander-Arnold is like an exhibition, deep runners in behind. Set pieces, every corner is a threat. The taker is good and the movement, of course.”

The two sides went on to draw the match 2-2, with Alexander-Arnold involved in the build-up to both goals. After a victory against Arsenal a few weeks earlier, Reds boss Jurgen Klopp said: “I've said it already before but if there are one or two things [claiming] Trent cannot defend, then I am sorry, you have no idea about football.”