“There Is No More Running in the Back..” – Michael Jordan’s Blunt Message That Caught Bubba Wallace Off Guard 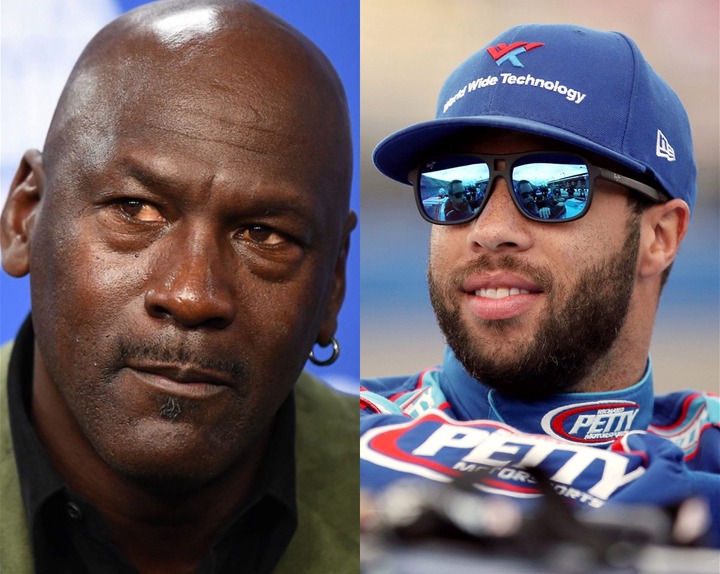 Back in 2020, Bubba Wallace was the first driver to be signed on to the brand new team 23XI Racing, which is owned by fellow driver Denny Hamlin and NBA legend Michael Jordan. Recently, Wallace revealed that back then, he received a call from the former Chicago Bulls star who had something important to tell him.

Explaining the situation, Wallace said, “Denny calls me and says, ‘What are you doing? I said, ‘Just sitting here on the couch.’ He said, ‘Here’s somebody who wants to talk to you.’ [in a deeper voice] ‘Hey, man. If we do this deal, there is no more running in the back.'”

Reflecting on that message today, Wallace holds one race win at Talladega from 2021 and three top fives this year. Although, in the beginning, the team faced a few issues and so did Wallace. Even this season, with the brand new generation of cars and pit crew troubles, Wallace has struggled a lot. But everything seems to be slowly and steadily falling into place as time goes on.

Recently, Wallace received a pit crew swap with Joe Gibbs Racing’s Christopher Bell. Ever since, we have seen a drastic improvement in Wallace’s finishing positions.

Wallace is currently sitting in 20th and he desperately needs to clinch a win. With just a few remaining races this season, he has to get the win as soon as possible if he wants to get into his first-ever playoffs.

Even though Wallace has never won before at the Daytona race, the chances this year are high, considering he has been rather successful at the track in the past.